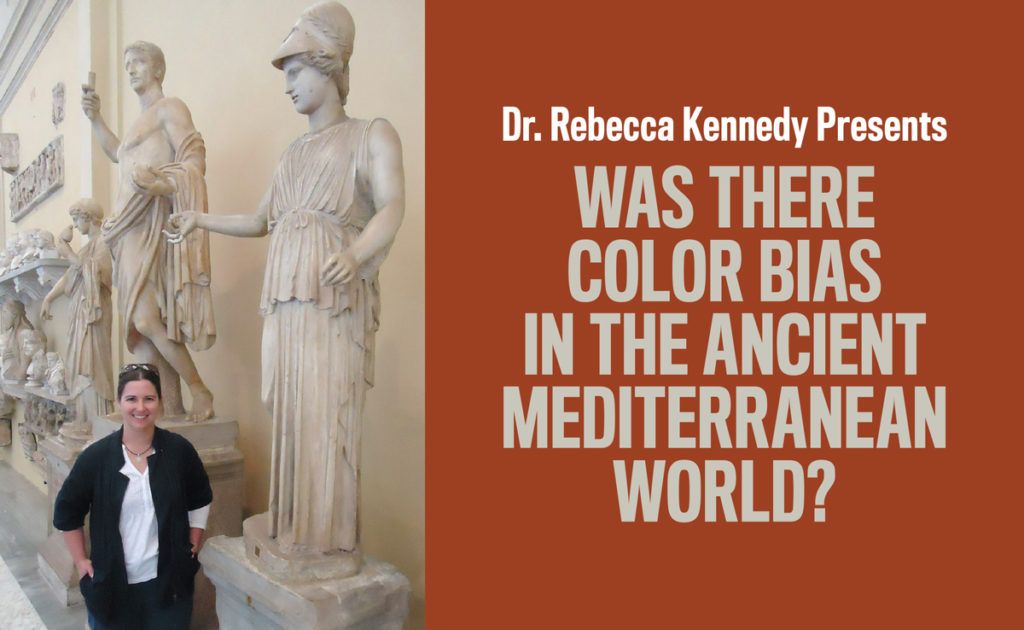 While modern societies structure their categories of race around skin color, such identities would have seemed strange to ancient Greeks and Romans, who had their own ways of understanding race and who lived in diverse ancient societies very different from our own.

In this lecture, Professor Rebecca Futo Kennedy, Ph.D. presents the different ways the ancient Greeks and Romans depicted human diversity and foreignness in their texts and art, while exploring how modern conceptions of Greco-Roman antiquity are presented as foundational to contemporary white, Western identities.

Rebecca Futo Kennedy, Ph.D., teaches Classical Studies at Denison University in Ohio. She has wrote numerous articles on tragedy, Greek history, ancient immigration and modern racialized receptions of antiquity, as well as two monographs, Athena’s Justice (2009) and Immigrant Women in Athens (2014). She is currently completing a short book for general audiences on race and ethnicity in the ancient world and its receptions, in addition to a short historiography on how the ancient Greeks and Romans were racialized as “white” in U.S. popular and academic contexts in the nineteenth to twentieth centuries. Prof. Kennedy has been featured in podcast and news articles for The New Yorker and the New York Times.

Free for MFA members, and $20 for not-yet members (members must register and log in to receive discount).