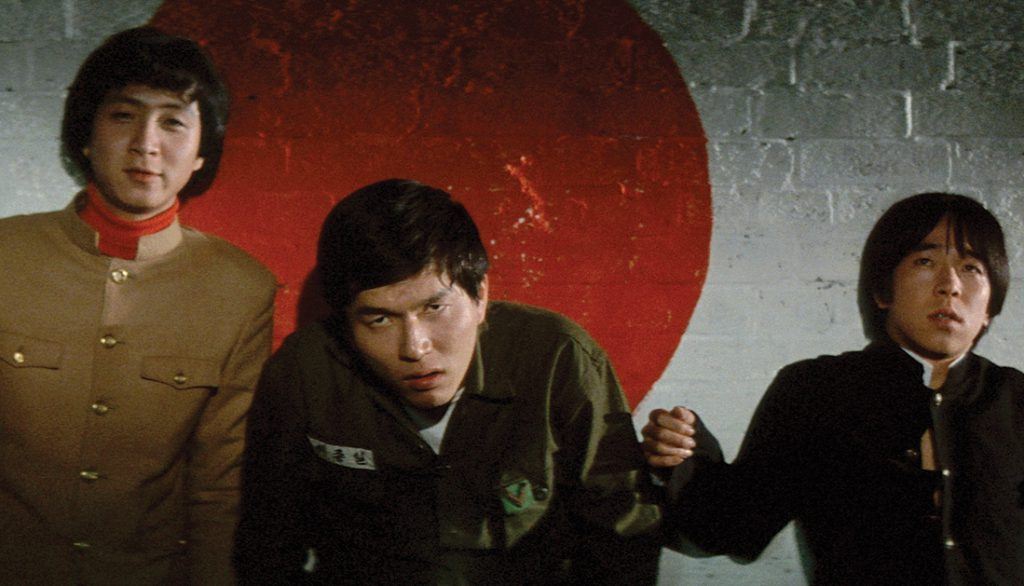 In celebration of We Do Not Work Alone, the MFA presents the 1968 film, Three Resurrected Drunkards, by Nagisa Oshima, a conceptually dazzling and piercing exploration of identity in contemporary Japan that makes room for extended flights of fancy and dream sequences.

Often called the Godard of the East, Oshima is one of the most provocative film artists of the 20th century, ushering in the New Wave that made Japan the nexus of truly provocative cinema in the 1960s.

Prior to the film, enjoy the sounds of string students from the Florida Music Institute, trained in the Suzuki method created by Shinchi Suzuki.

Free with Museum admission, which is only $5 after 5 pm on Thursday.