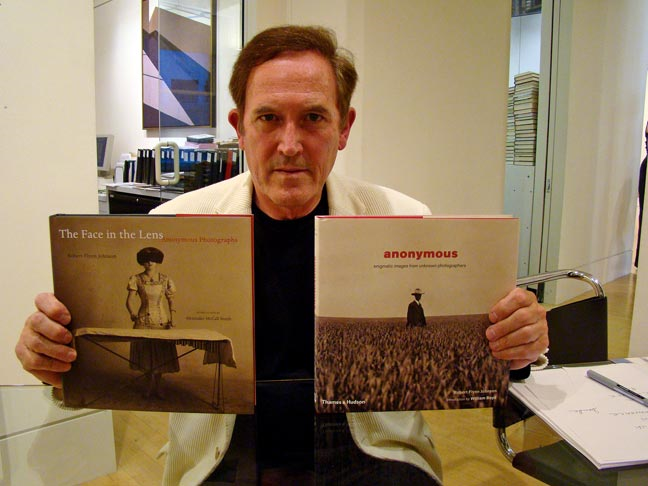 Contemplating Character: Portrait Drawings & Oil Sketches from Jacques-Louis David to Lucian Freud spotlights the fascinating collection developed by Robert Flynn Johnson over the course of his impressive career. Mr. Johnson was Curator in Charge of the Achenbach Foundation for Graphic Arts at the Fine Arts Museums of San Francisco for 32 years until his retirement in 2007. At that time, he was named Curator Emeritus.

His lecture is titled “A Journey, not a Destination: Adventures over Four Decades in the Pursuit of Portraiture.” He will explore the origins of his interest in portraiture, his love of drawings, and his interaction with art historians, dealers, collectors, and even some of the artists themselves in forming his highly personal collection. He also has an extensive photography collection; selections have comprised another traveling exhibition.

Mr. Johnson once said: “When I am asked what it takes to become an accomplished collector, it is not the qualities of knowledge, judgment, or that elusive term ‘taste’ that comes to mind. Instead, it is the ability to be curious that is the crucial element in the makeup of a true collector – the ability to ask questions, to learn, and to get answers regarding works of art that catch your eye and move your emotions.”

His passion for art was sparked at McGill University in Montreal,followed by his first curatorial position at the Worcester Art Museum in Massachusetts. He then became Assistant Curator of Prints and Drawings at the Baltimore Museum of Art and was recruited by the Achenbach Foundation for Graphic Arts. He transformed those holdings into one of the premier such collections in the country, now numbering approximately 90,000 works.

Mr. Johnson has curated a wealth of exhibitions and is the author of many books and exhibition catalogues. His publications include: Lucian Freud: Works on Paper; Plant Kingdoms: The Photographs of Charles Jones; Leonard Baskin: Monumental Woodcuts, 1952-1963; and The Face in the Lens – Anonymous Photographs, among others.

Free with MFA admission, open to the public
Sponsored by Northern Trust

This outstanding series features some of the world’s foremost art historians, curators, artists, and collectors. The public is invited to these free lectures. An always elegant reception for Collectors Circle members, also sponsored by Northern Trust, is held one hour before the lecture. Seymour Gordon, Honorary Trustee and past President of the MFA Board, is President of the Collectors Circle.