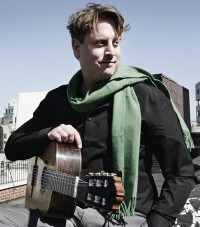 National Public Radio (NPR) describes Jason Vieaux as “perhaps the most precise and soulful classical guitarist of his generation,”  and Gramophone magazine places him “among the elite of today’s classical guitarists.”  His most recent solo album, Play, won the 2015 Grammy Award for Best Classical Instrumental Solo, and his release, Bach: Works for Lute, Vol. 1, hit No. 13 on Billboard’s classical chart after its first week.  He has performed as a concerto soloist with approximately 100 orchestras and has presented recitals around the globe.

This event is SOLD OUT!