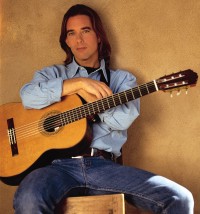 Michael Chapdelaine continues to win over music-lovers around the world with his superlative technique, his expressiveness, and his versatility as a soloist, composer, and arranger/producer. He is equally at home in New York’s Lincoln Center and Austin’s famous Cactus Café and equally adept at Bach, country, R&B, and pop. His Sonata Romantica CD (re-released as Mexico) has been praised as one of the instrument’s definitive recordings.

Individual concert tickets include Museum admission. Tickets will be issued on a first-come, first-served basis. To purchase your ticket today, click here.