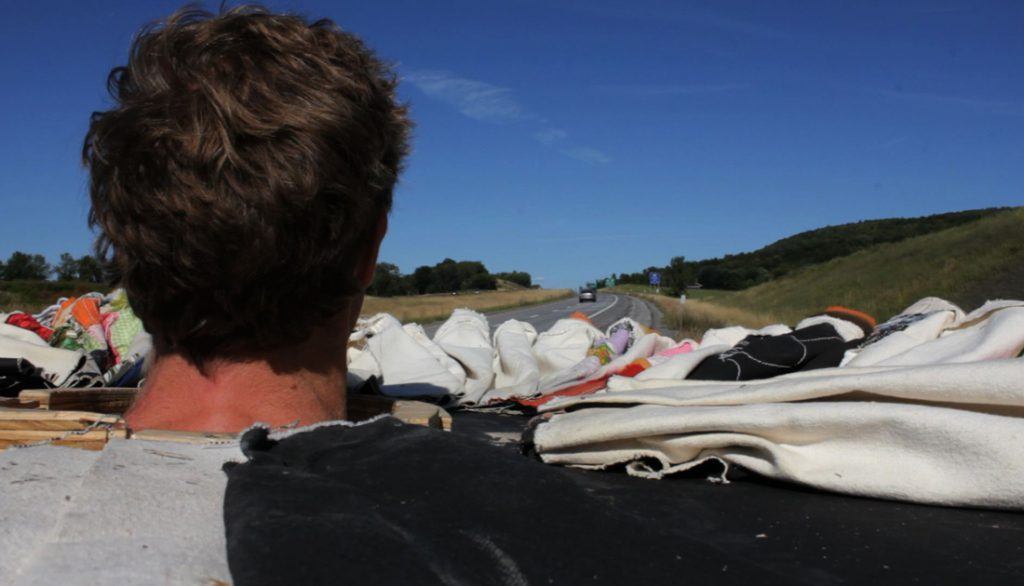 Innovative artist Greg Smith introduces his installation and performance-based video, Breakdown Lane (2016), on view in the Helen and Dick Minck Gallery of New Media. He turns the road trip upside down, as he faces numerous obstacles and even catastrophes along the way.

Mr. Smith has shown his videos, installations, and sculpture at the Museum of Modern Art, Artists Space, and White Columns in New York: the Atlanta Contemporary Art Center; and The McNay Art Museum in San Antonia, Texas, among many other venues. His work has been praised in New York Magazine, The New Yorker, and the New York Times, and he has received numerous awards, including a 2013 John Simon Guggenheim Fellowship for film and video.

He holds his BA from Amherst College and his PhD in physics from Harvard University. He earned an MFA from Hunter College five years later. His scientific background can still be seen in the wild objects he builds and in his love of film technology. Mr. Smith is an American original.

This lecture is free with MFA admission.

NOTE: Due to the Women’s March in the downtown area from 12-3 pm, please use the Sundial Parking Garage or the Plaza Tower Garage.  A listing of public parking areas is shown HERE.