Lecture: Functional Imaging of the Human Brain as a Window into the Mind 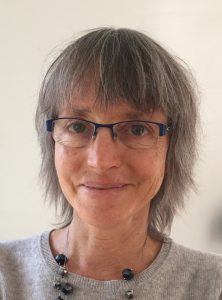 Twenty-five years ago, with the invention of MRI, it became possible to image neural activity in the normal human brain. This remarkable tool has given us a striking new picture of the human brain, in which many regions have been shown to carry out highly specific mental functions, like the perception of faces, speech sounds, and music, and even very abstract mental functions like understanding a sentence or thinking about another person’s thoughts. These discoveries show that human minds and brains are not single general-purpose devices, but are instead made up of numerous distinct processors, each carrying out different functions. Dr. Kanwisher will discuss some of the evidence for highly specialized brain regions, and what we know about each. She will also consider the tantalizing unanswered questions we are trying to tackle now: What other specialized brain regions do we have? What are the connections between these each of these specialized regions and the rest of the brain? How do these regions develop over infancy and childhood? How do these regions work together to produce uniquely human intelligence?

Nancy Kanwisher received her B.S. and Ph.D. from MIT working with Molly Potter. After a postdoc as a MacArthur Fellow in Peace and International Security, and a second postdoc in the lab of Anne Treisman at UC Berkeley, she held faculty positions at UCLA and then Harvard, before returning to MIT in 1997, where she is now an Investigator at the McGovern Institute for Brain Research, a faculty member in the Department of Brain & Cognitive Sciences, and a member of the Center for Minds, Brains, and Machines. Kanwisher’s work uses brain imaging to discover the functional organization of the human brain as a window into the architecture of the mind. Kanwisher has received the Troland Award, the Golden Brain Award, and a MacVicar Faculty Fellow teaching Award from MIT, and she is a member of the National Academy of Sciences and the American Academy of Arts and Sciences. You can view her short lectures about human cognitive neuroscience for lay audiences HERE.

The lecture is open to the public and free with MFA admission.