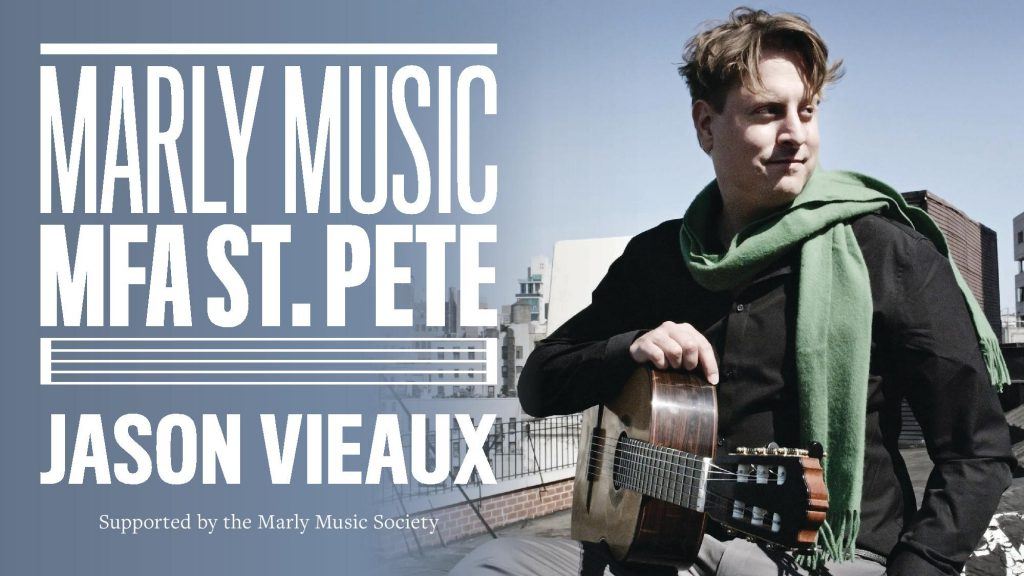 Grammy-winner Jason Vieaux, “among the elite of today’s classical guitarists,” is the guitarist that goes beyond the classical. NPR describes Vieaux as “perhaps the most precise and soulful classical guitarist of his generation.” His solo album Play won the 2015 Grammy Award for Best Classical Instrumental Solo and earned a place in NPR’s “50 Favorite Songs of 2104 (So Far)” for Vieaux’s recording of “Zapateado.”

Vieaux returned to the Caramoor Festival as the 2017 Artist-in-Residence, a distinguished position which has been held by pianist Jonathan Biss, cellist Alisa Weilerstein, and many other world-class musicians in recent years. Jason Vieaux uses Augustine strings, and plays a guitar made by Gernot Wagner, 2013, Franfurt.

$15 for Marly Music Society Members and Students (with current ID)