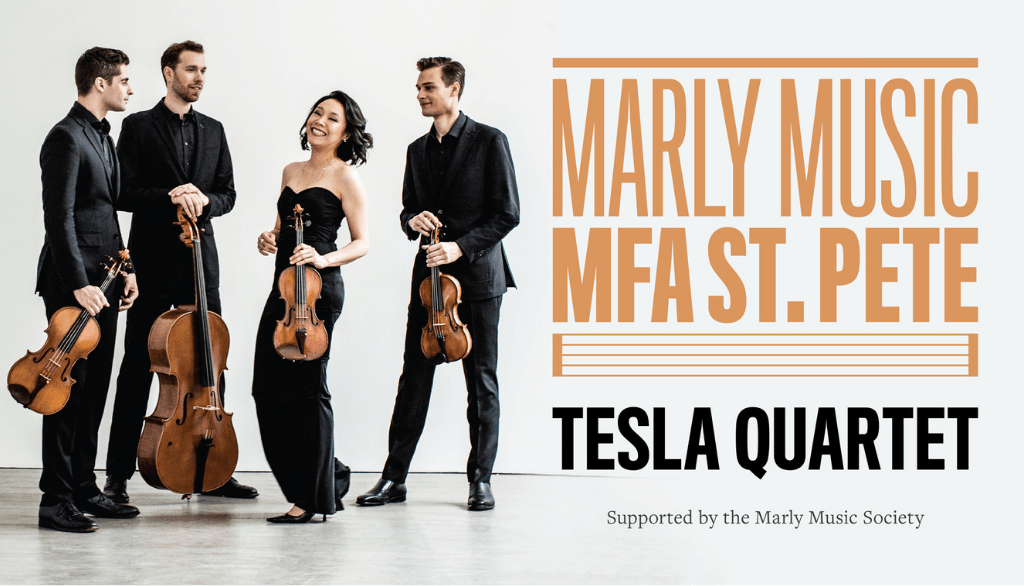 Praised for their “superb capacity to find the inner heart of everything they play, regardless of era, style or technical demand” (The International Review of Music), the Tesla Quartet brings refinement and prowess to both new and established repertoire. Dubbed “technically superb” by The Strad, the Tesla Quartet recently took Second Prize as well as the Haydn Prize and Canadian Commission Prize at the 12th Banff International String Quartet Competition. The London Evening Standard called their rendition of the Debussy Quartet “a subtly coloured performance that balanced confidently between intimacy and extraversion.”

The quartet, which formed at The Juilliard School in 2008, performs regularly across North America, with recent international appearances in Austria, Canada, China, Germany, Hungary, South Korea and the United Kingdom. Having served as the Marjorie Young Bell String Quartet-in Residence at Mount Allison University in New Brunswick, Canada, from 2016-2017, the Tesla Quartet also holds a community residency in Hickory, North Carolina that includes performances and workshops at local college, universities, and in the public school system, as well as a dedicated chamber music series.