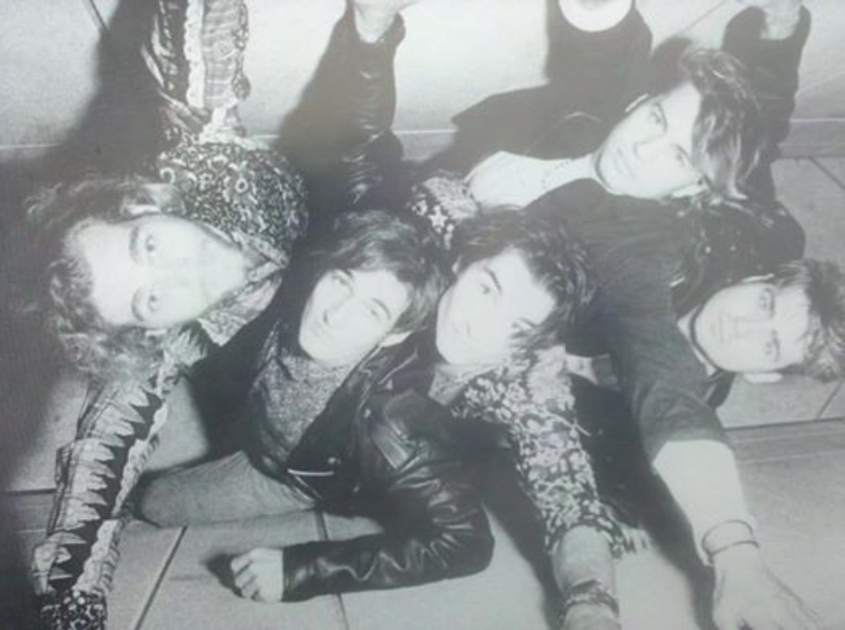 Inspired by Cantos, our special Theo Wujcik exhibition, the Museum of Fine Arts is thrilled to announce that the original members of local 1980s bands ICU and the Catherine Wheel (Tampa) are reuniting for a special, MFA-only engagement and will play together for the first time in almost 25 years.

Barely out of high school, Tampa Bay’s ICU hit the local music scene in 1987, performing a mix of originals, post-punk and new wave cover tunes. Featuring Jonathan Harrison, Gerald Hammill, Martin Conner, Doug Prescott, and Geoffrey Stuart, the young five-piece cut their teeth in underground music clubs like the long defunct Impulse and Masquerade in Ybor City, and across the bay at St. Petersburg’s Club Detroit and Gulfport’s Swamp Club. Released at the end of 1987, their debut, Ancient Colors, showcased ICU’s penchant for catchy, synth-tinged pop songs. Even as the cassette sold out its first run of 1,000 copies, the group members turned their ears towards the darker European sounds that they were hearing on the dance floor.  The band would begin incorporating these into newer, dramatic originals. A name change was imminent and ICU exited the 80’s with an updated moniker: the Catherine Wheel. Now playing larger audiences at local marquis venues like Jannus Landing, the Ritz Theater and the Cuban Club, major labels began to court the group. Around the same time, tragedy struck when Stuart fell ill and passed away in 1991 at the age of 24. The group would release their final six recordings with Stuart as the eponymous The Catherine Wheel EP, in tribute to their sorely missed friend and keyboardist.

Featuring Jonathan Harrison, Gerald Hammill, Martin Connor, and Doug Prescott, they will be reunite at the Museum of Fine Arts, joined on keyboards by good friend Mark Warren, a member of Mod-L Citizen.  In celebration of Theo Wujcik exhibition, the group will focus on their original material from 1987 t0 1991, halcyon days for both the band and Wujcik, who would often be seen in the same Ybor City club or after party.