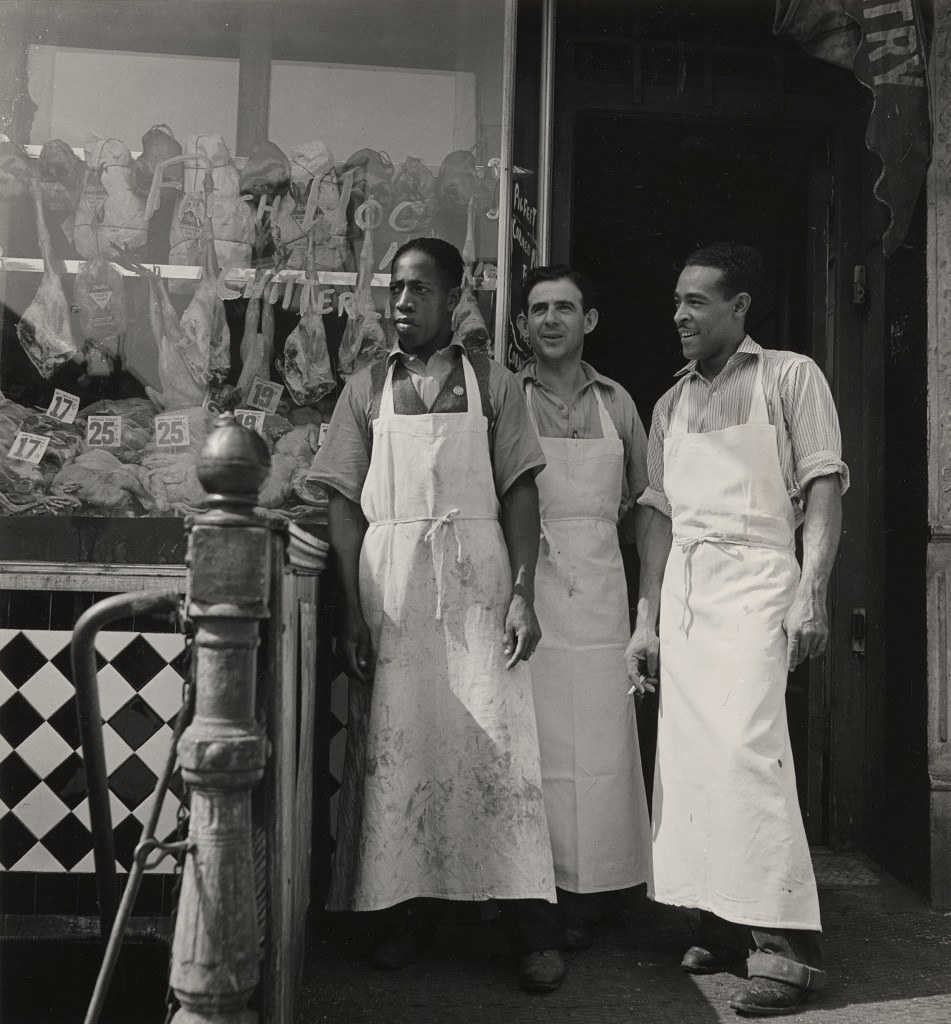 The photographs by Aaron Siskind in this exhibition belong to one of the most important visual records of Harlem during the Great Depression. Siskind (1903‒1991) graduated from City College in 1926 and taught in New York’s public school system between 1926 and 1949. He turned to photography around 1930 and joined the Photo League in 1932. The League’s members were socially engaged photographers and filmmakers who drew attention to urban problems, especially in light of the Depression. In 1936 Siskind founded the League’s Feature Group, which documented New York City, focusing especially on Harlem.

By 1941 the project was dropped as the country entered WWII. Siskind also had left the League and began to turn to abstraction. It was only in 1981 that a collection of fifty-seven photographs from the series were published as a book, along with excerpts from the Federal Writers’ Project’s oral history of Harlem and a foreword by writer and filmmaker Gordon Parks, who grew up in Harlem. Subjects range from intimate domestic interiors to lively street scenes. There are powerful depictions of churchgoers and arresting ones of performers and Harlem’s nightlife, but the images of children are especially moving. While these photographs vary in tone, one senses not only Siskind’s artistry, but his intense humanity and exquisite sensitivity in representing his subject. These are qualities not always found in documentary photography, and ones that demand universal celebration.