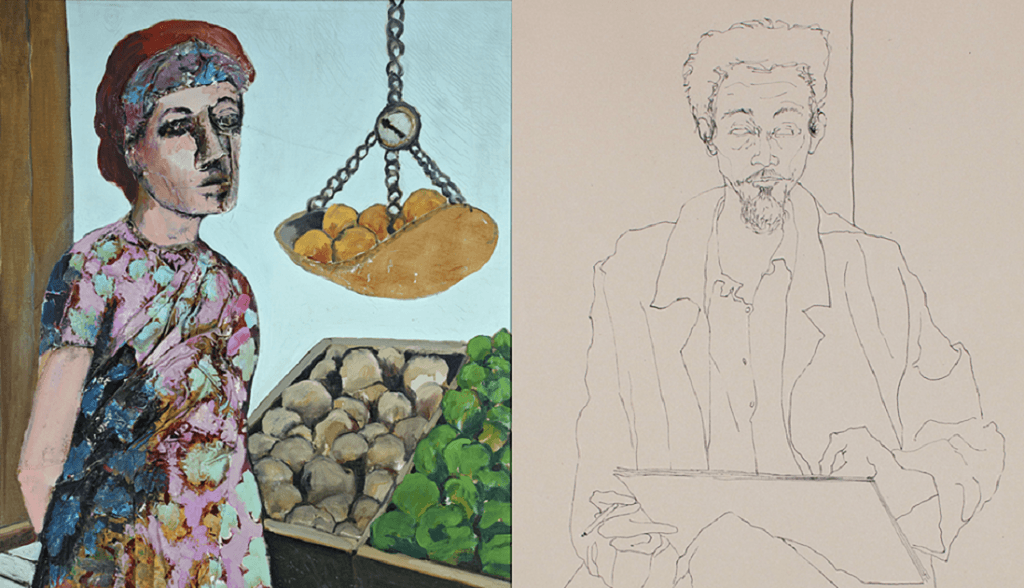 Benny Andrews was a master of mixing styles and mediums, and known particularly for his innovative use of collage in his paintings and works on paper. Mix Master is drawn from the Professor Edward J. Littlejohn Collection of African American Art. Not only was Andrews an accomplished artist, adept at portraying the struggles and triumphs of everyday life, he was also an educator, administrator, activist, and a founding member of the Black Emergency Cultural Council.

Andrews studied at the School of the Art Institute of Chicago, and after receiving his BFA in 1958 moved to New York City. He had his first solo exhibition at the esteemed Forum Gallery in 1962, with a focus on his collage technique. In addition to the BECC, Andrews was a founding member of the figurative painting collective Rhino Horn Group, and a coordinator of the Inner City Roundtable of Youths. From 1982-84, he was Director of the Visual Arts Program, a division of the National Endowment for the Arts. He became a member of the National Academy of Design in 1997, and his work is in public collections including the Detroit Institute of Arts; The Metropolitan Museum of Art, New York; The Museum of Modern Art, New York; Smithsonian American Art Museum, DC; and The Studio Museum in Harlem.