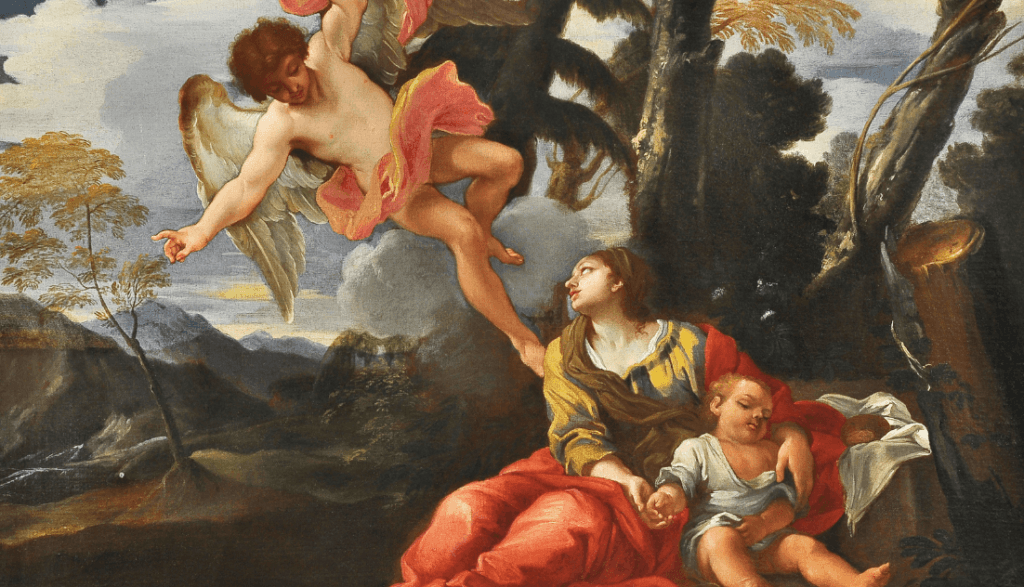 Bernini and the Roman BaroqueMasterpieces from Palazzo Chigi in Ariccia

On loan from the collection of the princely Chigi family, this exhibition celebrates the work of Giovan Lorenzo Bernini (1598-1680) and the brilliance of the Roman Baroque period (c. 1600-1700). Working for popes and princes, Bernini was one of the brightest luminaries in the history of art, creating theatrical sculpture, paintings, decorative arts, and architecture. His remarkable versatility and vision helped to transform the city of Rome during the early 1600s, and his artistic spirit inspired dozens of artists during his lifetime. The exhibition includes not only work by Bernini himself—embodying the Baroque ideals of intense drama, bold imagination, emotional engagement, and the activation of the viewer’s space—but by dozens of his fellow artists. Featuring over 40 splendid canvases by artists such as Pietro da Cortona (1596-1669), Mattia Preti (1613-1699), Jacques Stella (1596-1657), Salvatore Rosa (1615-1673), and Giovanni Battista Gaulli (1639-1709), this exhibition illuminates Bernini’s influence throughout the Baroque period. Bernini and the Roman Baroque celebrates the grand tradition of history painting, as well as portraiture, landscapes, and religious works. These rare paintings, prints, and decorative arts epitomize the period’s ultimate goal of elevating the viewer in both mind and soul and engaging them fully with the art itself.

Bernini and the Roman Baroque features rarely seen and privately owned masterpieces from the Chigi family. A Roman princely clan of Sienese origins, they amassed a spectacular collection of art in their palace in Ariccia, to the south of Rome. Enormously wealthy bankers who gained aristocratic titles and lands, the family included cardinals and a pope among their number. The Chigis’ prominence fueled their cultural ambitions; they commissioned and collected paintings, sculptures, and buildings from the best artists of the day, eventually emerging among the major patrons of art in Rome during the 1600s.

Reflecting artistic energy that pulsated throughout Europe and inspired architects, artists, and urban planners across the globe, Bernini and the Roman Baroque embodies the magnificence and innovation that transformed Rome into the capital of the art world for centuries to come.

Bernini and the Roman Baroque: Masterpieces from Palazzo Chigi in Ariccia is organized by Glocal Project Consulting and is toured by International Arts & Artists, Washington, DC.

Made possible by The Margaret Acheson Stuart Society; the State of Florida, Department of State, Division of Arts and Culture, the Florida Council on Arts and Culture, and the National Endowment for the Arts; Penny and Jeff Vinik; Sibbri Foundation; and Friends of Bernini.

FEATURED VIDEOS
Check out this behind-the-scenes look at our Curatorial Team’s installation of Bernini and the Roman Baroque: Masterpieces from Palazzo Chigi in Ariccia.

Listen to Dr. Stanton Thomas, Senior Curator of Collections & Exhibitions at the MFA, share fascinating details about some of the extraordinary works featured in Bernini and the Roman Baroque: Masterpieces from Palazzo Chigi in Ariccia.