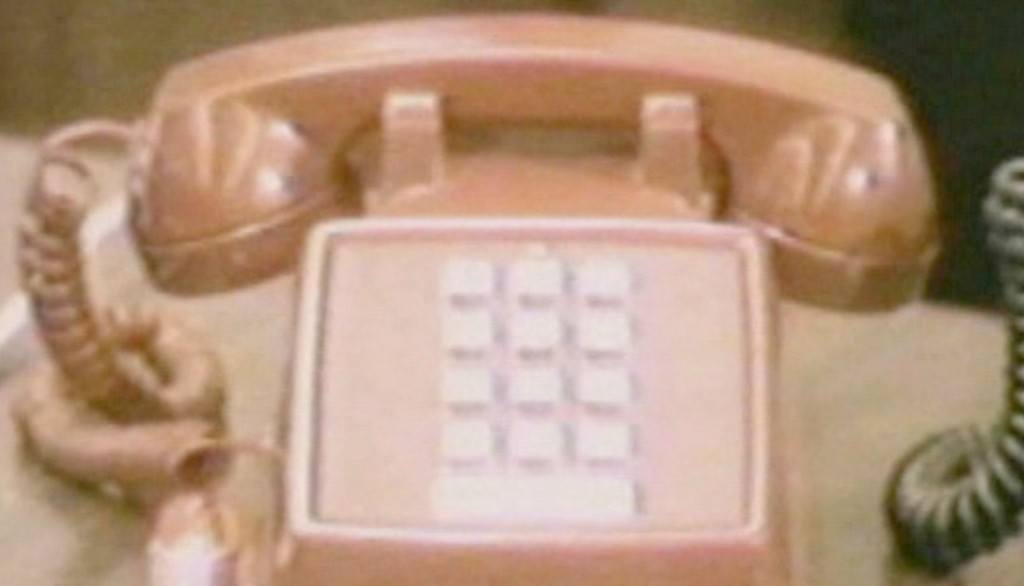 The Museum of Fine Arts is pleased to present a spotlight exhibition on two works by multimedia artist Christian Marclay: Telephones (1995) and Sound Holes (2007).

In Telephones, Marclay has spliced together telephone scenes from 130 Hollywood movies, drawing attention to the ubiquity of this cinematic device–a popular mode of scene transitions–while also nimbly creating a reflection on social customs that are inherent to communication technology. This work predates some of the artist’s more complex film appropriation projects Video Quartet (2002) and the twenty-four hour montage The Clock (2011), which won the Golden Lion award at the 54th Venice Biennale.

Sound Holes examines an outmoded, yet still used, form of technology. The artist created 21 photogravures– a process known for its delicate graphic tonalities– depicting entryphones, emphasizing their patterns and scratches from use. British photography critic Francis Hodgson writes of the anxiety inherent to using the speaker device: the fear of being misunderstood, and the desire to interact face-to-face. He describes the experience as “a longing and a little trembling fear of rejection. Nobody had ever thought of entryphones as intimate before; but Marclay has made them so.” Marclay created this series at Graphicstudio, a renowned research-based print atelier at the University of South Florida, Tampa, where he is a frequent visiting artist.

Marclay has been likened to a DJ, and indeed he has performed regularly in that role. He makes sound tangible, “drawing” with cassette tapes, for instance, or playing with the visual sounds of comic book onomatopoeia. Marclay’s particular use of sampling is a unique and compelling form of appropriation that mines popular culture–most famously films–allowing the artist to create new narratives that are at once familiar and strange.

Marclay was born in California in 1955, and raised in Switzerland. He now works between London and New York. He has had numerous solo exhibitions internationally, at institutions including the Philadelphia Museum of Art; the Museum of Contemporary Art, Chicago; Hirshhorn Museum and Sculpture Garden, Washington D.C.; the Venice Biennale; the Kunsthaus, Zurich; and the Hammer Museum, Los Angeles.

We are thankful to our exhibition lenders Paula Cooper Gallery, New York and Graphicstudio, University of South Florida Collection.

To purchase tickets for DIAL IN: The Contemporaries Celebrate Christian Marclay on April 1, click here.