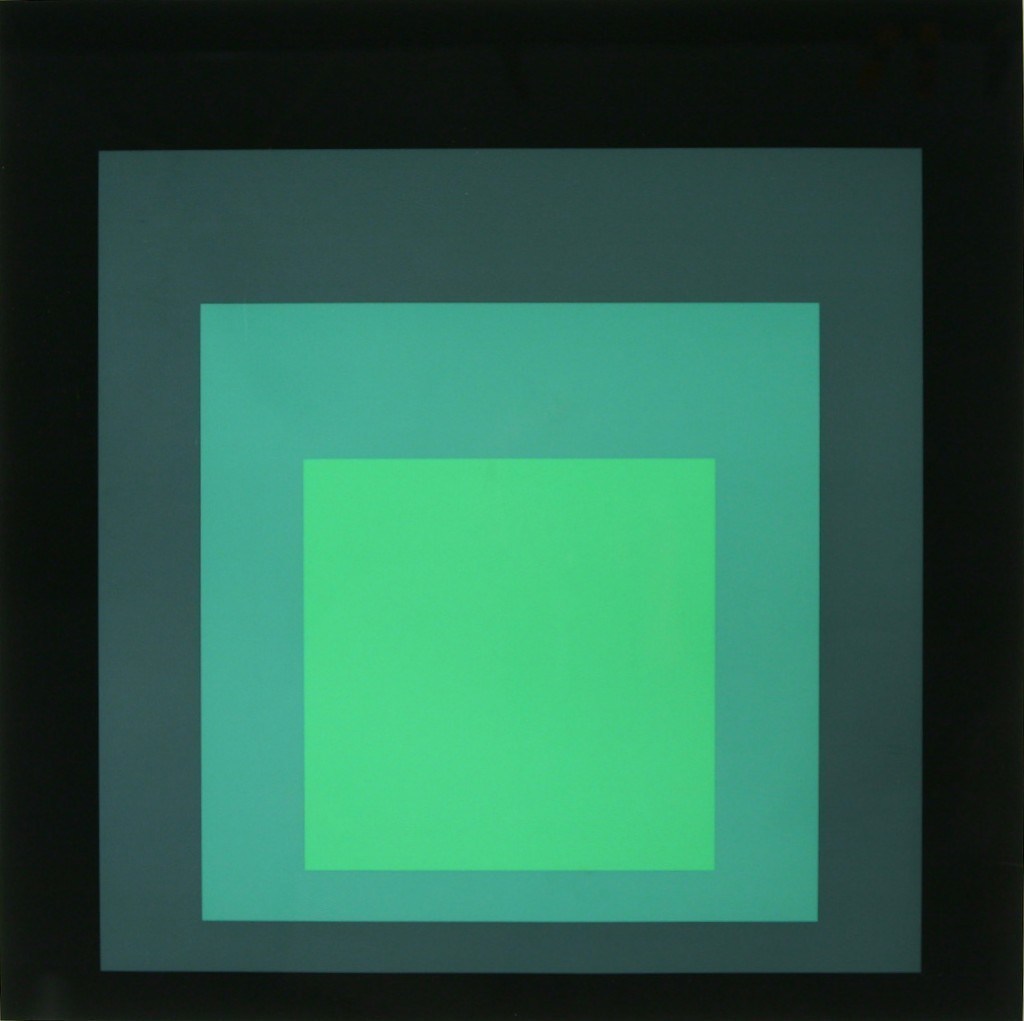 How do we see color? How do we experience it? Technically, we see color by way of photoreceptors, cells in our retinas detecting wavelengths of light bouncing off the things around us. But that explanation does not take into account the psychological effects of color, or its inherent optical illusions. Painter, teacher, and theorist Josef Albers wrote that “color [is] the most relative medium in art,” as there are endless factors that change the way we experience it–color is never seen as it “really is.”

Color Acting brings together works from the permanent collection–as well as some special loans–that exhibit the fluctuating properties of color and its effects on visual perception. They range from painterly applications of color to hard-edge geometric abstractions.  Inspired by Albers, the title references his statement that “Painting is color acting. The act is to change character and behavior, mood and tempo.” Engaged with the “discrepancy between physical fact and psychic effect,” Albers made clear the ways that painted color is relational, personal, and not at all static. It is always shifting, and varies depending on the viewer and context. The paintings and works on paper­–some vibrant, others more muted–that comprise this exhibition show the ways that colors influence one another, and allow viewers to reflect on the very act of seeing.

In addition to a silkscreen from Albers’ famous Homage to the Square series, Color Acting also includes the Op-art work of his former student Richard Anuskiewicz, who once stated “Color function becomes my subject matter and its performance is my painting.” He was highly influenced by the Homage series. In Volumes (1972), included in this exhibition, we see the effects that the juxtaposition of high-impact colors have on one another when placed in differently-angled nested squares. Color is both medium and subject in this exhibition, exemplified by painter Gene Davis, associated with the Washington Color School. He uses color to establish a rhythm in his paintings, and urged viewers to “read” his work. He stated, “Enter the painting through the door of a single color, and then you can understand what my painting is all about.” Leon Berkowitz, associated with the Washington Color School, is concerned with intensity of color, hoping that viewers are able to consider “the depths through which we see when we look into and not at color.”  Swiss artist Hans Hinterreiter, who is represented by four prints in the exhibition, has been described as a “color composer.” He likened his practice, which combines shocking colors with crystalline forms, to “color changing games.”  The works in Color Acting remind us that the viewing experience is charged by subtle fluctuations that determine what and how we see–color changing games, indeed.