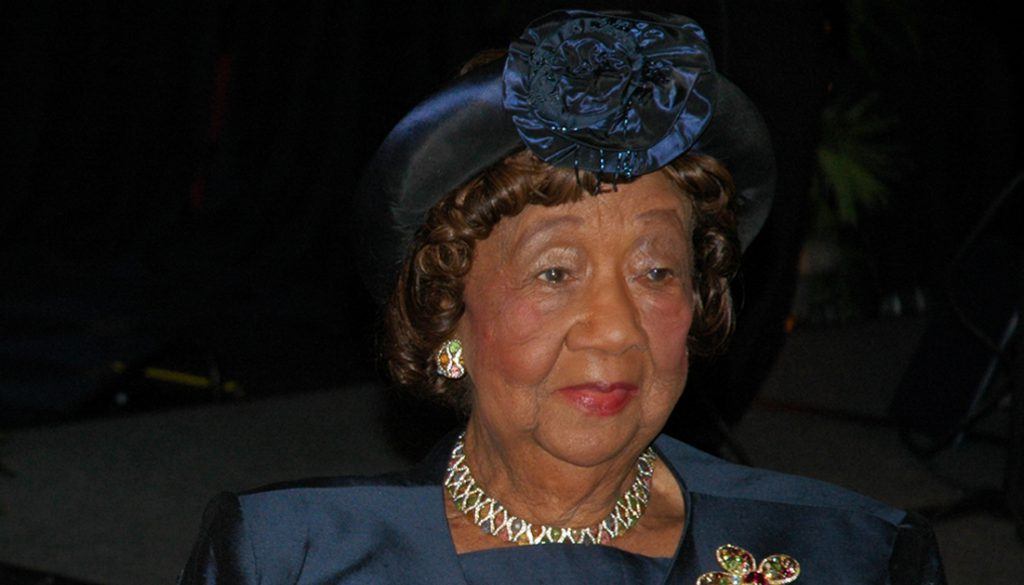 Civil rights icon Dorothy Irene Height (1912-2010) was known for her courage, intelligence, leadership, standing straight—and hats. The 42 hats in the exhibition have been borrowed from The Dorothy I. Height Education Foundation, Inc. in Washington, D.C.

Height was almost never seen in public without a hat, and this exhibition displays many of her favorites. A number are full of history. She wore a vintage white mink hat at a meeting with Eleanor Roosevelt in 1938; a white, with red, white, and blue brim, at the 2008 Democratic National Convention that nominated President Barack Obama; and an aqua blue, with feather flowers, when she received the 2004 Congressional Gold Medal from President George W. Bush.