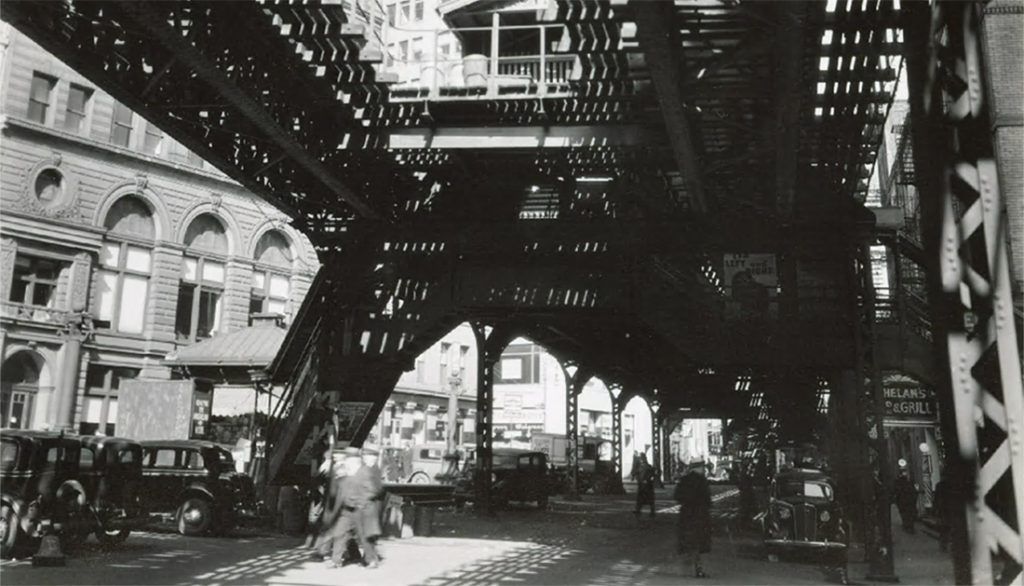 Explore the VaultsAbstraction and the American Scene

Sometimes indefinable, but always alluring, modern art in the United States spans a number of decades and includes several distinct styles. The first half of the twentieth century witnessed a dramatic shift in art-making in America. Industrial growth and social awareness, coupled with an economic downturn, helped shape a new and definitive American art during this time. Abstraction and the American Scene includes the work of Social Realists such as Jacob Lawrence, John Sloan and Reginald Marsh who highlighted, and at times parodied, the disconcerting realities of city life, even as others celebrated the promise and potential of this new, modern world. This exhibition features the vastness of the American landscape as captured in the photographs of Ansel Adams, in contrast to prints by Grant Wood and Thomas Hart Benton that celebrate the pastoral beauties of the Mid-West. Also highlighted are the work of artists influenced by Cubism and Fauvism, such as Alexander Archipenko and Marguerite Zorach. By reacting against and simultaneously embracing European movements, these artists celebrated uniquely American viewpoints, landscapes, and experiences.

Celebrating rarely seen and light-sensitive works from the MFA’s collection, this second iteration of our Explore the Vaults series examines imagery produced predominately between 1900 and 1950—a period that witnessed radical changes that shaped not only art, but the very understanding of what it was to be American.