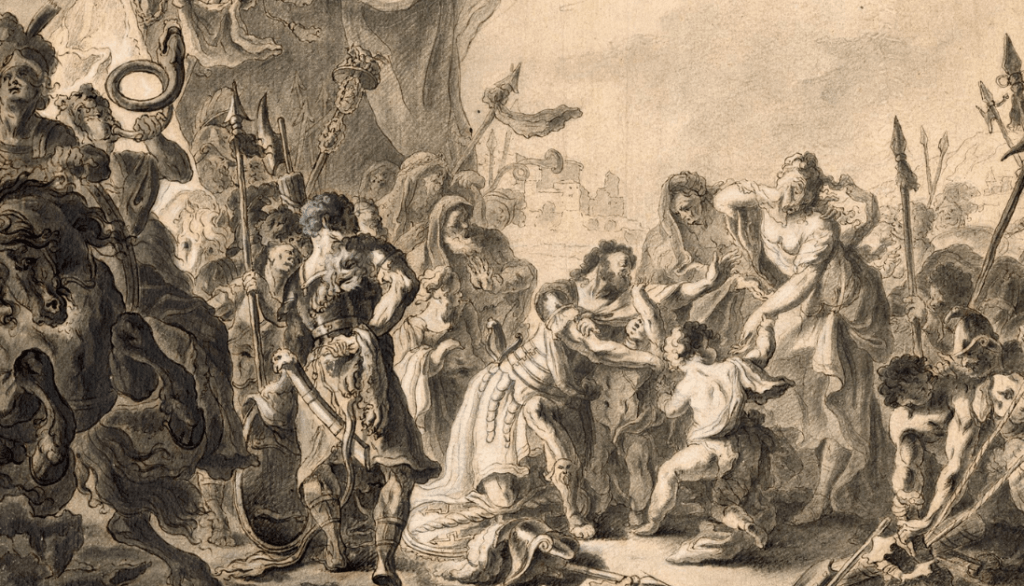 Images function on multiple levels—some are private and deeply personal, while others are more strategic and intended for broader audiences. Still others address, to varying degrees, both roles. Often the opposing needs and intentions behind images are attributable to the media employed. Prints, which are reproducible, can be easily and affordably disseminated—unlike a singular drawing or sketch. Yet, for many artists and patrons in Western Europe during the sixteenth through eighteenth centuries this clear-cut designation was blurred due to technical innovations and the fluid natures of fashion and entertainment.

Drawn solely from the MFA’s collection, this fifth iteration of the Explore the Vaults series considers the diverse ways in which artists employed works on paper over a period of approximately three hundred years. The highly public yet extremely fragile pastel portraits of Francis Cotes (1726–1770) address the short-lived popularity of the medium in the eighteenth century. Alternately, Rembrandt van Rijn’s (1606–1669) etchings were at times relatively private exercises that explore artistic extremes of light and shadow, as well as emotional states. Commissioned paintings for select viewership gained new resonance when later copied and sold by printmakers such as Gaspard Duchange (1662–1757), while small drawings become public when used as part of a workshop’s studio book.

Through examinations of portraiture, depictions of the body, the printed word, and the landscape—all of which were integral to artistic practices in Europe—this exhibition highlights the multivalent nature of such imagery. Ultimately, these prints and drawings served to teach, memorialize, advertise, and entertain in both the private and public spheres.