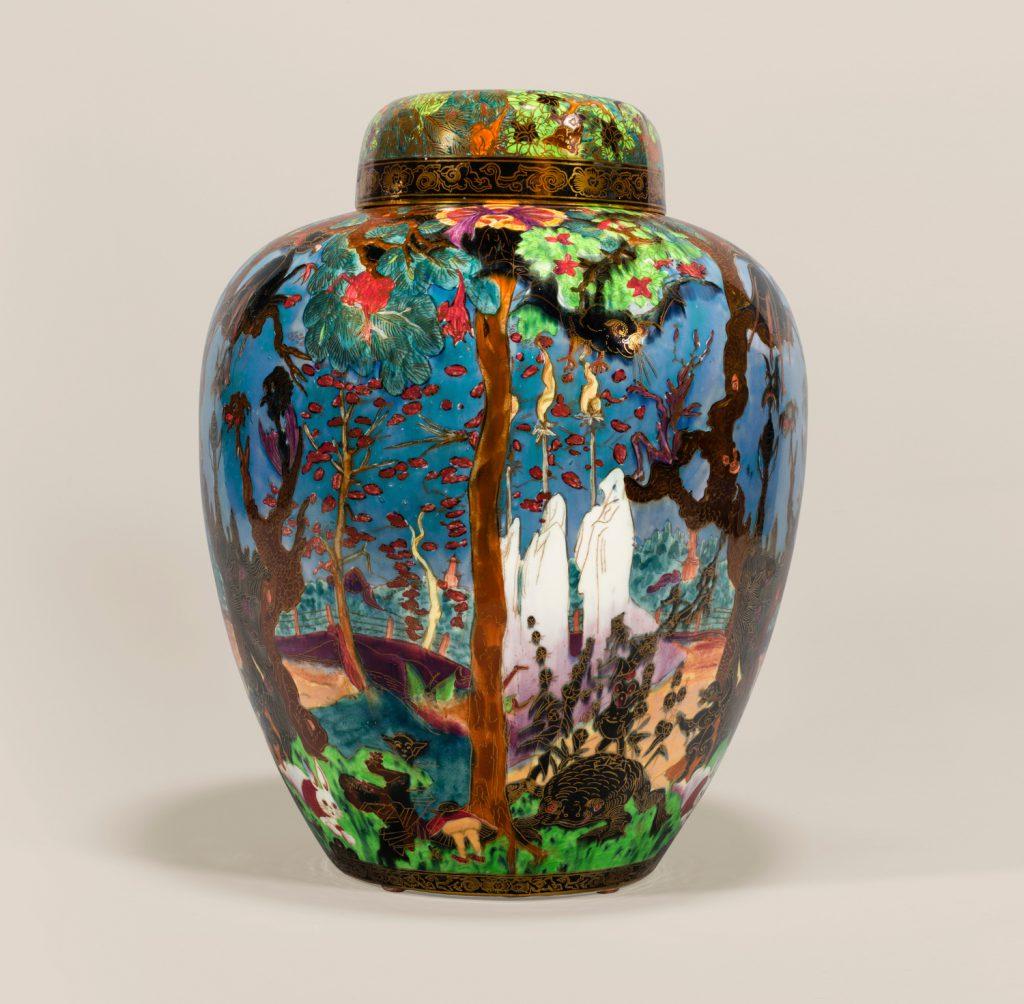 When the Wedgwood Company introduced the Fairyland Lustre line of porcelain during the first quarter of the 20th century, its vivid colors, metallic surfaces, and exciting, oftentimes strange, imagery dazzled the public.  The driving force behind these creations was Daisy Makeig-Jones (1881–1945), whose extraordinary creativity and determination to succeed quickly made her one of Wedgwood’s lead designers. Although Makeig-Jones’s compositions often were appropriated from major 19thcentury illustrators, it was her unique vision of fairytales, Gaelic legends, Chinese folk stories, and ancient mythology that made Fairyland Lustre ceramics so popular. Her designs—ranging from simple scenes of dragons and pixies to complex compositions of ghosts, goblins, and ghouls—transformed the simple shapes of Wedgwood wares.

Makeig-Jones’ work, simultaneously playful and deeply unsettling, became the rage in post-World War I society—and established Wedgwood as one of the top manufacturers of fine decorative porcelain. This exhibition explores the rise and decline of these startling and beautiful creations, and offers a closer look at one of the most memorable lines ever produced by Wedgwood.