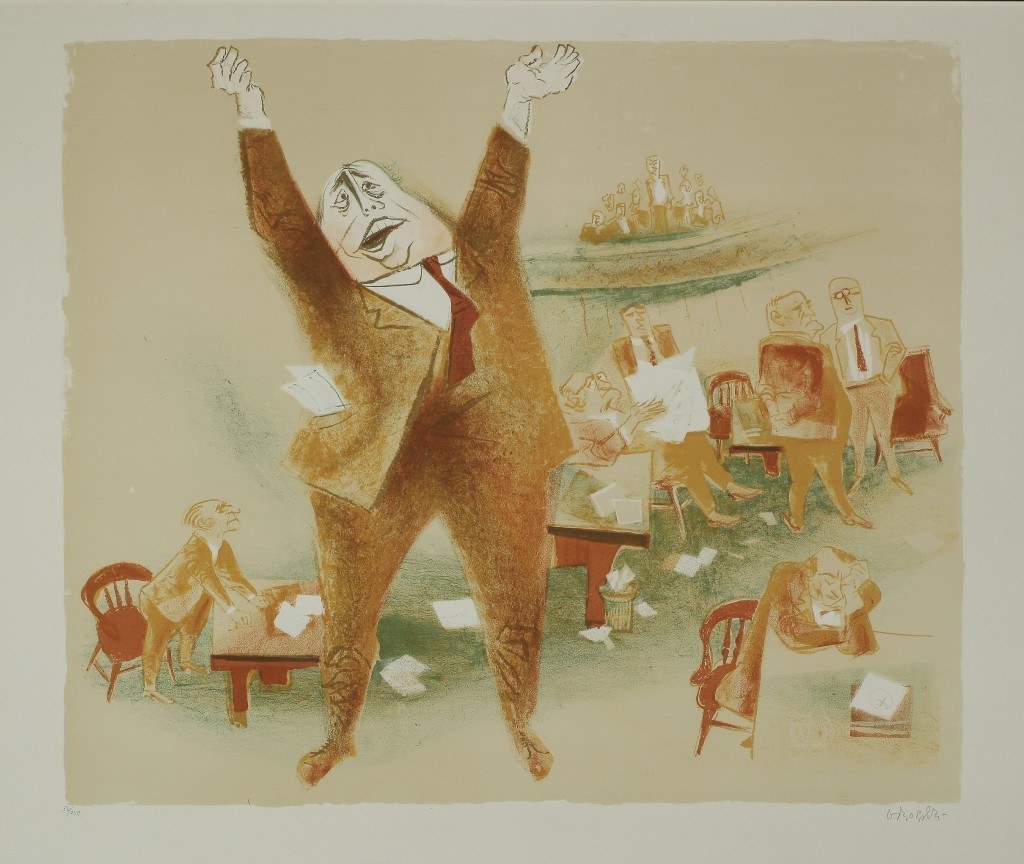 Four Portfolios of the Twentieth CenturyArchipenko, Gropper, Evans, and Doisneau

This exhibition of 35 works brings together two lithographic and two photographic portfolios by four important artists. The portfolios by Alexander Archipenko and Robert Doisneau are European, while those of the photographer Walker Evans and artist William Gropper are decidedly American.

Archipenko’s Sixteen Lithographs, also known as the Wasmuth portfolio (1921), is an outstanding early body of work. Commissioned by the noted publisher Ernst Wasmuth of Berlin, the prints were created soon after the modernist sculptor departed from the Paris art world and broke with the Cubists.

Gropper’s portfolio of color lithographs, the “Watergate Series” (1973), was given to the Museum in 2010 and is being shown for the first time. Gropper was a social realist whose art came of age during the Great Depression. Here, he addresses the congressional hearings on the Watergate scandal, which led to Richard Nixon’s resignation.

Dosineau’s photographs capture Paris and its environs from 1944-1972. They reveal his love for the city, as well as his abundant sense of humor and humanity. Among the 15 images is his famous Kiss of the Hotel de Ville (1950). Doisneau’s photographs have been instrumental in creating the vision of Paris in the popular imagination.

Evan’s posthumously published portfolio contains some of his earliest photographs, including a rarely printed image of the Brooklyn Bridge (about 1928). The 14 others spotlight signature photographs of the South, created under the auspices of the Works Progress Administration (WPA) during the 1930s, as well as those from the late stage of his career.

These diverse portfolios encourage us to explore the past century through documentary and street photography, modernist experimentation, and political imagery and commentary. They also reflect the vitality of the Museum’s collection of works on paper.