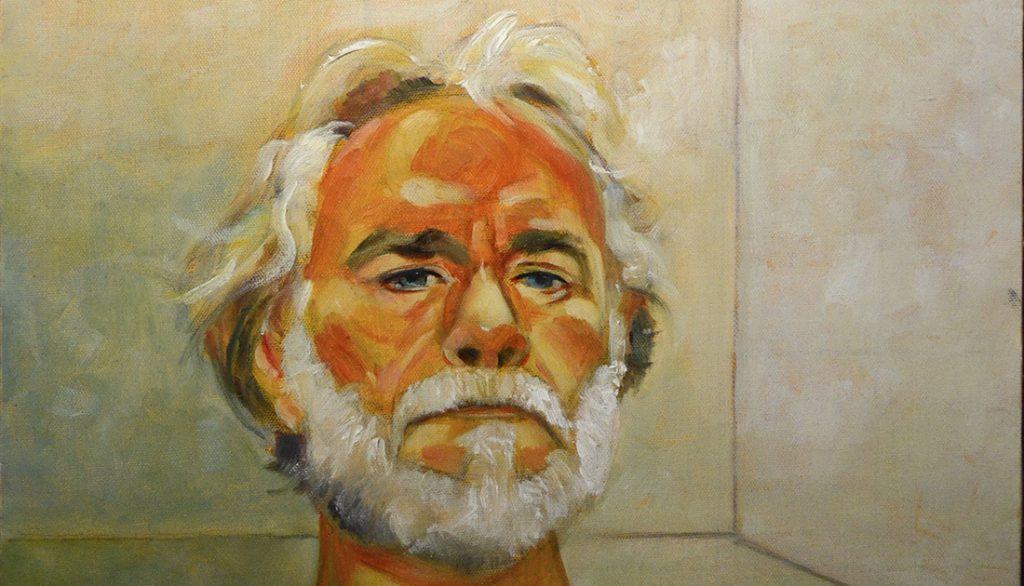 At the core of Barrett’s vibrant, whimsical canvases is the steady hand of an expert draftsperson. He said, “Drawing is where you show your soul.” Indeed, he drew inspiration from his collection of hundreds of sketchbooks, filled to the brim with drawings of people he observed on the bus, at cafes, in doctors waiting rooms. People Watching brings together artworks that convey the breadth of Barrett’s explorations of the human figure. In addition to paintings and the sketchbooks, a collection of his sculptures will also be exhibited.

Jack Barrett (1929–2008) attended Carnegie Institute and graduated from the Art Institute of Pittsburgh. He worked as an illustrator for the St. Petersburg Times from 1970 until 1990. Upon retirement, Barrett devoted himself to his fine art practice. His work is in the permanent collection of the Leepa-Ratter Museum of Art, and many private collections. He had a career retrospective, A Soul’s Journey, at the Morean Arts Center in 2008.