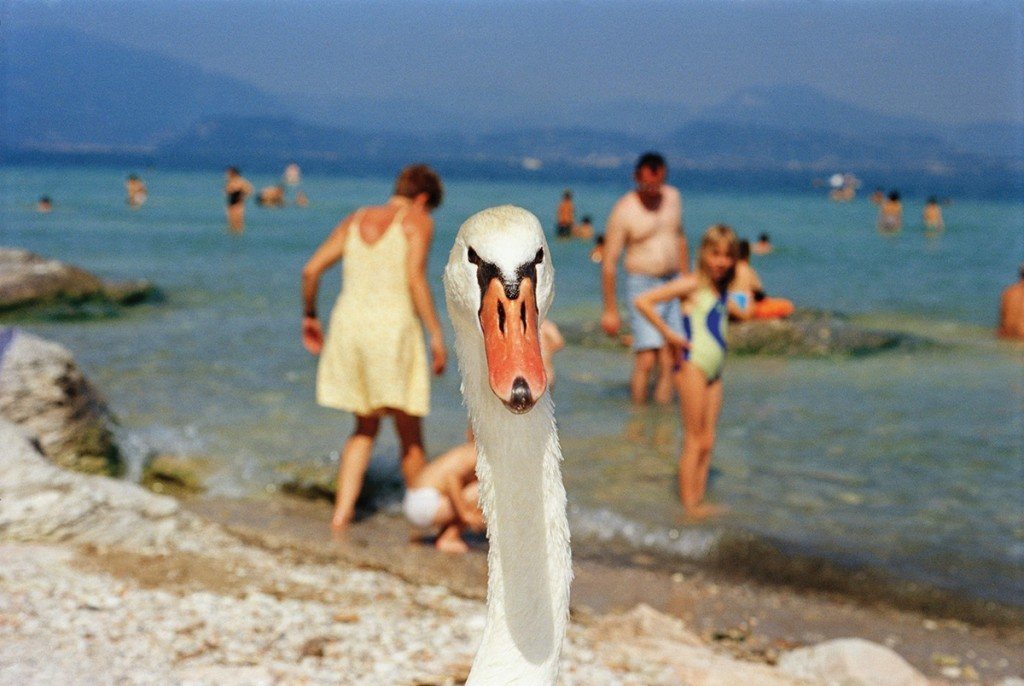 Life’s a BeachPhotographs by Martin Parr

“You can learn a lot about a country by looking at its beaches: across cultures, the beach is that rare public space in which all absurdities and quirky national behaviors can be found.” – Martin Parr

In Life’s a Beach, one of Britain’s most beloved photographers takes us on a color-saturated journey through the seaside, highlighting its general absurdities and local quirks. Martin Parr has been photographing this subject for many decades, documenting all aspects of the tradition, including close-ups of sunbathers, rambunctious swimmers caught mid-plunge, and the eternal sandy picnic underway. His international career could well be traced to the launch of The Last Resort, a 1986 book depicting the seaside resort of New Brighton, near Liverpool. What may be less known is that this obsession has led Parr to photograph beaches across the world. Life’s A Beach presents photos of beachgoers on far-flung shores, including in Argentina, Brazil, China, Spain, Italy, Latvia, Japan, the United States, Mexico, Thailand, and the U.K.

Martin Parr (born in Epsom, England, 1952) is a key figure in the world of photography, recognized as a brilliant satirist of contemporary life. Author of over thirty photography books, including Common Sense, Our True Intent Is All for Your Delight, and Boring Postcards, his photographs have been collected by museums worldwide, including the Getty Museum in Los Angeles, New York’s Museum of Modern Art, and the Tate Modern, London. A retrospective of his work continues to tour major museums around the world since opening at the Barbican Art Gallery, London, in 2002, and he was featured in Cruel and Tender, the Tate Modern’s major survey of photography in 2003. Parr is a member of Magnum Photos.

Aperture, a non-profit foundation, connects the photo community with the most inspiring work, the sharpest ideas, and with each other  – in print, in person and online.