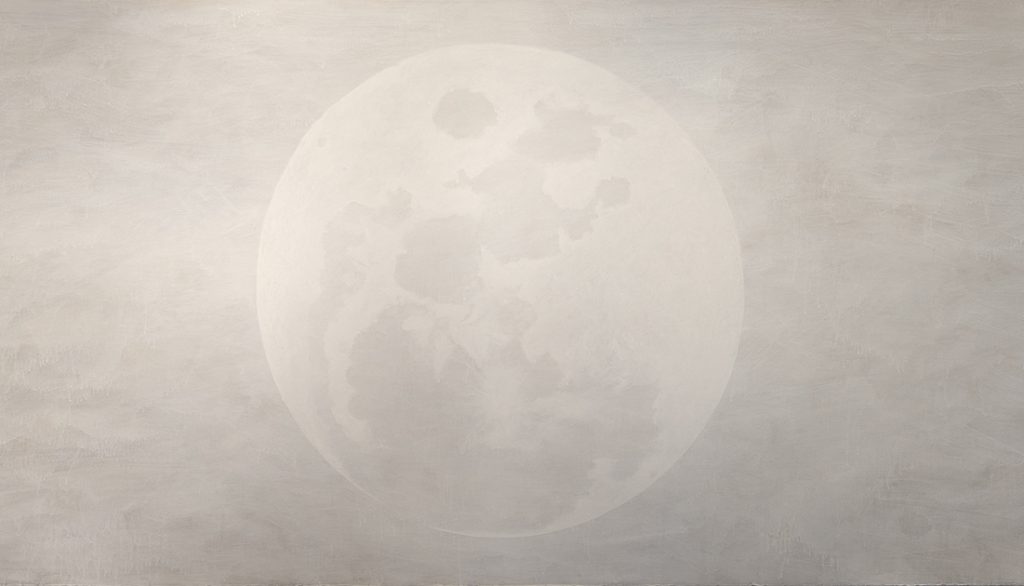 This exhibition focuses on the collaborative practice of Carol Mickett and Robert Stackhouse, who have been working together for over nineteen years. Producing large-scale sculpture, paintings, and prints, Mickett and Stackhouse push one another out of their respective comfort zones. Mickett came to the partnership with a background in philosophy and theater, while Stackhouse has been an established artist working in sculpture and printmaking since the 1970s, with works in the collection of the Museum of Modern Art, New York and others.

The Moon is an important metaphor for their collaboration. Exhibited in print, painting, and installation form, the Moon embodies the reciprocal relationship required in long-term collaboration.

Mickett and Stackhouse are premiering their participatory installation, Irma Refections, in conjunction with their exhibition Confluence. Between October 7 and December 3, 2017, Mickett and Stackhouse will be in the gallery every Wednesday and Saturday from noon to 2 pm greeting people and talking with them about their experiences during Hurricane Irma. Visitors will be asked to write their expression of gratitude on an image of the moon that will then be posted on the moon-painted gallery wall. On Sunday, December 3, 2017, the day of the Full Cold Moon, Mickett and Stackhouse in conjunction with the MFA will conduct a burning of the compiled moons. The artists’ belief is that the burning will send up into the universe the combined heartfelt thanks of all those who have participated.

Mickett-Stackhouse has exhibited extensively in New York and Florida, and has produced commissions in Chattanooga, TN; Delaware Art Museum, Wilmington, DE; Indianapolis Art Center; Richmond, VA; and Tampa, FL. Both Mickett and Stackhouse hold PhDs: Mickett in philosophy from the University of Minnesota, and Stackhouse an honorary doctorate in art from his alma mater, the University of South Florida.