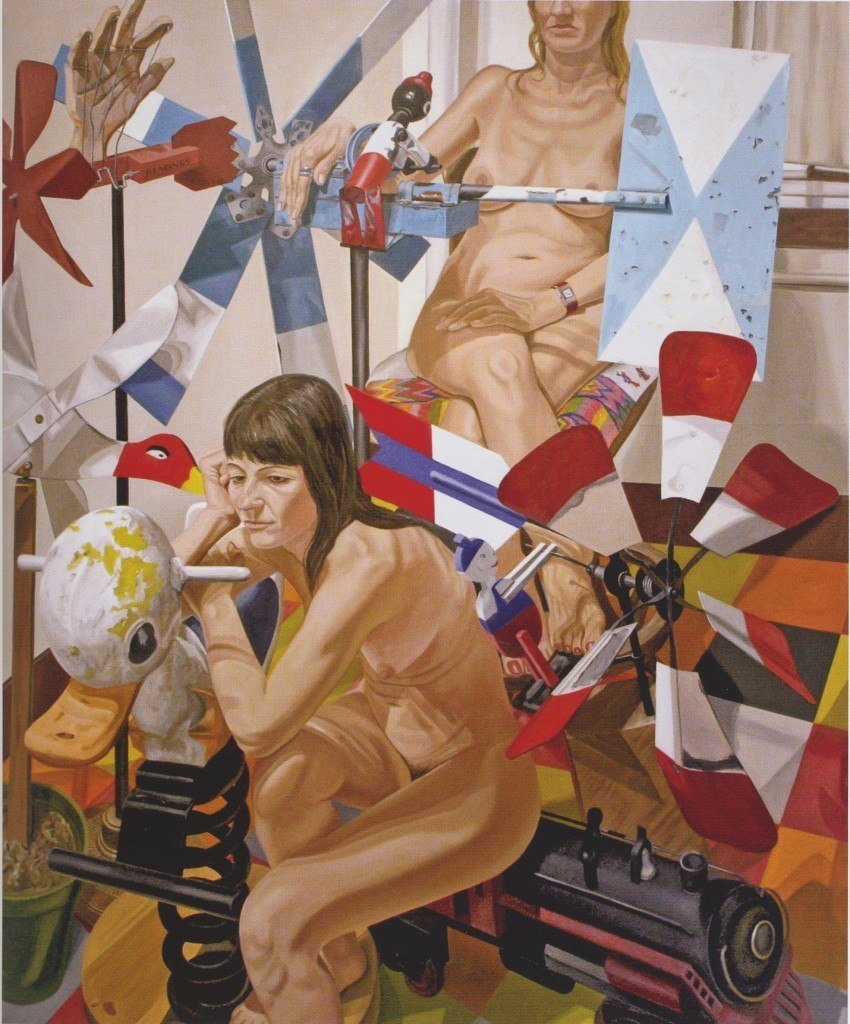 Above: Philip Pearlstein, Two Models with Four Whirly-Gigs, Bouncy Duck and Locomotive, 2008, oil on canvas, 72 x 60 in., Collection of the artist

Philip Pearlstein’s People, Places, Things is the most comprehensive retrospective ever organized of this revered American artist. At once highly traditional and deeply radical, Philip Pearlstein’s uncompromising objectivity and methodically transcribed depictions continue to fascinate and challenge viewers. This exhibition brings together all aspects of his art—figure painting, portraits (he has made over 160 portraits, ranging from his family and friends to such famous subjects as Henry Kissinger), landscapes, and major historic monuments—and contains over 60 paintings, drawings, and prints. Highlighted by his iconic paintings of the nude figure, People, Places, Things also surveys works from his formative years, which have been rarely seen.

Born in 1924 and raised in Pittsburgh, Pearlstein won the 1941 Scholastic Art Award national high school competition for his Merry-Go-Round of 1940. This prize winning painting is the earliest work in the exhibition. He returned to Pittsburgh after being drafted to serve in the U.S. Army during WWII, and completed college at Carnegie Tech (now Carnegie Mellon University). Upon graduation, he moved to New York in 1949 with his classmate, the famed Pop artist Andy Warhol (then Warhola). Pearlstein and his family have lived in New York City ever since.

The works in the exhibition, many of which are virtually unknown or have never been shown outside of New York, reveal Pearlstein’s unique manner of realism, and further address the ideas that have placed him solidly in the canon of art history. The exhibition’s comprehensive approach illuminates Pearlstein’s significant contribution to American realism, and with his recent work, it demonstrates his unflagging craft and energy as he nears his ninetieth birthday in 2014. People, Places, and Things reveals the full seventy-year scope of an American master still at the height of his powers. The exhibition is organized by the Museum of Fine Arts, St. Petersburg, Florida, and New York independent curator Patterson Sims.