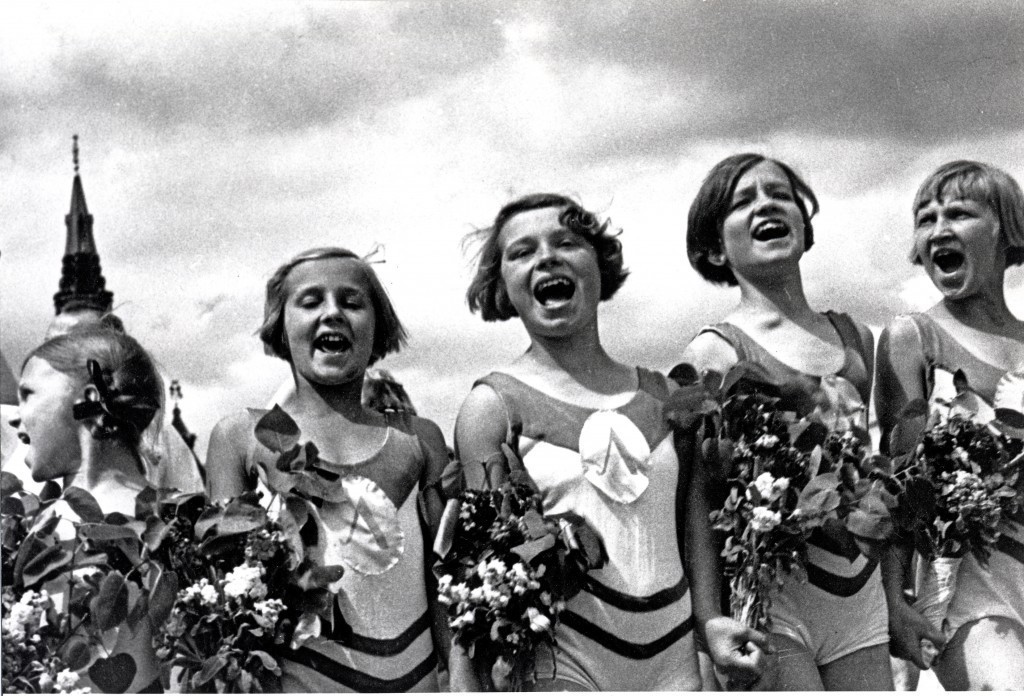 Picturing a New SocietyPhotographs from the Soviet Union 1920s–1980s

This exhibition explores contradictions between idealistic images and life in the Union of Soviet Socialist Republics (USSR).  Photography was a key tool to promote party goals both internally and abroad, but did not always reflect reality. The photographs in Picturing a New Society describe virtues for a society that often existed only within pictures. Agriculture and rural areas, industry, the military, and the youth of the USSR were cornerstones of Soviet narratives of progress, and are represented in this exhibition. Photographers include Alexander Ustinov, Max Alpert, Emanuel Evzerikhin, and Georgi Zelma, among others. Photographs like these are rare: to Soviet photographers, images were tools to inform and influence the public, therefore many were discarded after their message was disseminated.

Picturing a New Society is drawn from recent donations of over 200 Soviet photographs by Howard Schickler and Janice Tuckwood. These remarkable photographs, the first of their kind added to the collection, bring new depth to the MFA’s photography holdings.