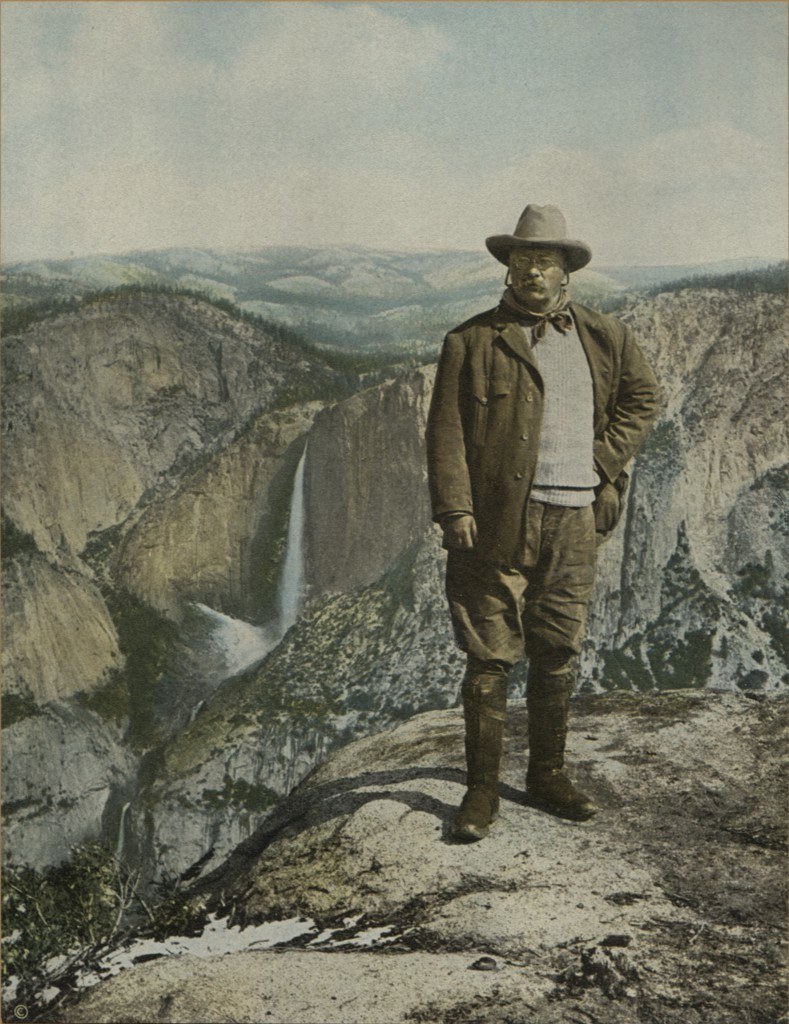 Pleasure Grounds and Restoring SpacesPhotographs of our National Parks

At once a seemingly untouched virgin land and a territory of limitless opportunity for development, the American landscape has always fueled the imagination of artists. As rapid industrialization began to threaten some of America’s most striking wilderness areas, President Theodore Roosevelt (1858–1919) and naturalist John Muir (1838–1914) led the urgent call to protect the land on a national scale. Photography was not only an aid to the cause of conservation but also a way to popularize the newly formed tourist sites, aligning nature with American values.

Comprised primarily of photographs depicting National and State Parks, this exhibition explores the relationships between photographers and the American landscape. The earliest date from the 1860s, including albumen prints by Carleton Watkins and William H. Jackson, and one of the most recent is a colossal view of the Florida Everglades by Clyde Butcher. Early images were created as part of topographical surveys for government or commercial entities and represent some of the first views of spectacular Western sites seen by the public. Later, iconic vistas such as those by Ansel Adams, Eliot Porter, and Butcher urged viewers to heed the call of conservation. Brett Weston and Aaron Siskind abstracted elements of the landscape, narrowing the focus. Jerry Uelsmann and John Pfahl impose their own style rather than recreate popular views.

The exhibition spans a century and is drawn from the permanent collection of the Museum of Fine Arts, including several photographs from the newest donations to The Ludmila Dandrew and Chitranee Drapkin Collection, which continues to enrich and expand the MFA’s photography collection.