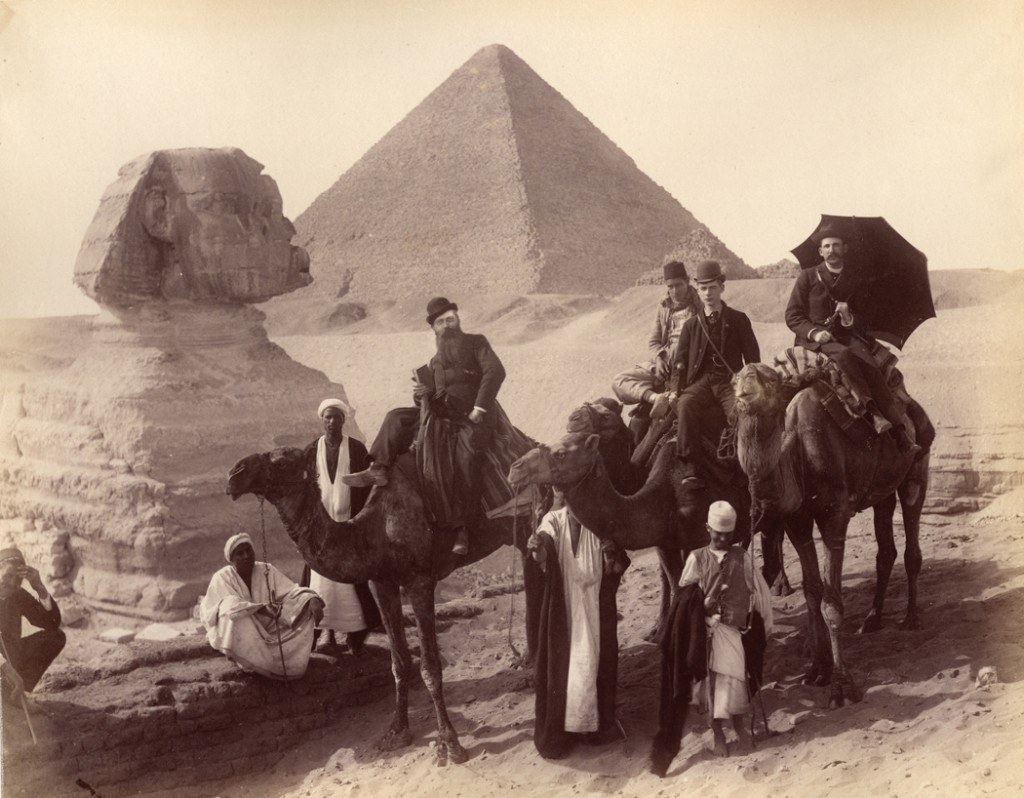 Forever in a MomentNineteenth Century Photographs of Egypt

This noteworthy exhibition presents photographs of Egypt created during the nineteenth century, a period of great archaeological exploration and worldwide fascination with the rediscovered ancient culture. Forever in a Moment contains the work of such well-known photographers as Antonio Beato and Félix Bonfils, Europeans who established studios in the region and photographed monumental sites – including Giza, Karnak, and Philae – to satisfy the bourgeoning demand for travel photographs and albums. Also included are images by Pascal Sébah and Armenian photographer G. Lekegian, who provided different perspectives on nineteenth-century Egypt. Images of ancient monuments were most in demand, but these photographers also captured the modern face of Egypt providing patrons near and far a view of life within its growing cities.

Forever in a Moment is comprised of works from The Ludmila Dandrew and Chitranee Drapkin Collection, with select loans from area collections. This is the third in a series of exhibitions celebrating the gifts from The Dandrew-Drapkin Collection.