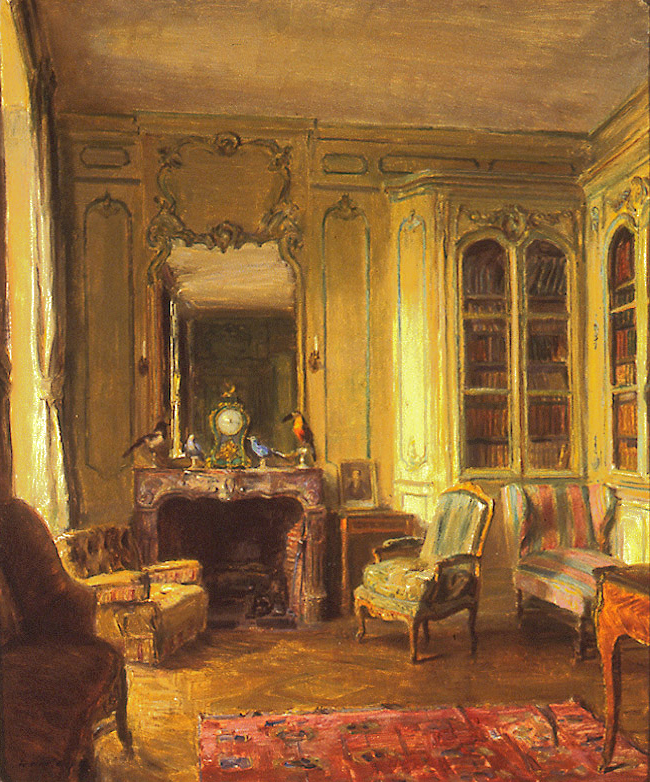 A collector of French 18th-century furniture, pictures, and objects, Gay spent virtually all of his adult life in France where he studied art. Together with other expatriate American francophiles, he became a part of the wealthy French social milieu. Beginning in the 1890s, he executed decorative scenes of 18th-century interiors using his own home and those of his friends as subjects. His “room portraits” were frequently exhibited in the United States and greatly influenced decoration in American homes. Gay usually painted interiors devoid of people, “giving personality to objects and furniture.” This particular room has been identified as the library at the Château de Bréau, near Fontainebleau, which the artist owned from 1907 until his death.