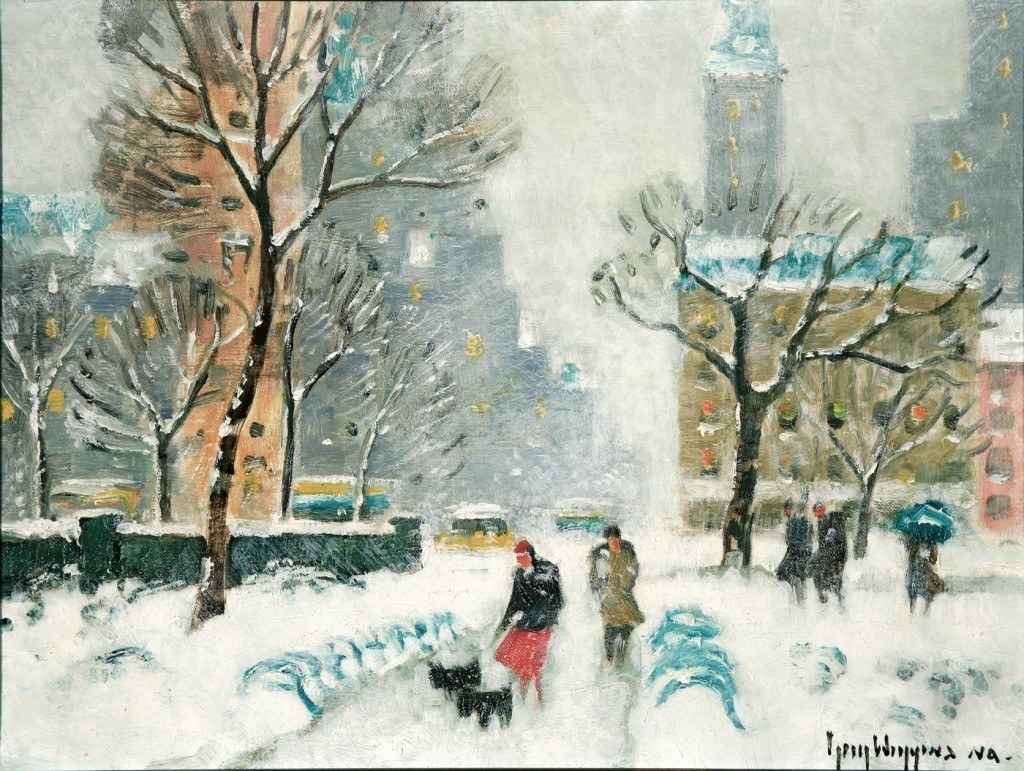 A Walk in the Park

Wiggins was educated at the National Academy of Design in New York at a time when American Impressionism was at its peak. Although the movement’s popularity declined, he remained faithful to its principles. He was influenced by Childe Hassam and John Twachtman and was best known for his winter scenes of New York City. Here, figures walking in isolation, snow-covered park benches, bare trees, and a muted evening twilight create a chilling sense of melancholy.