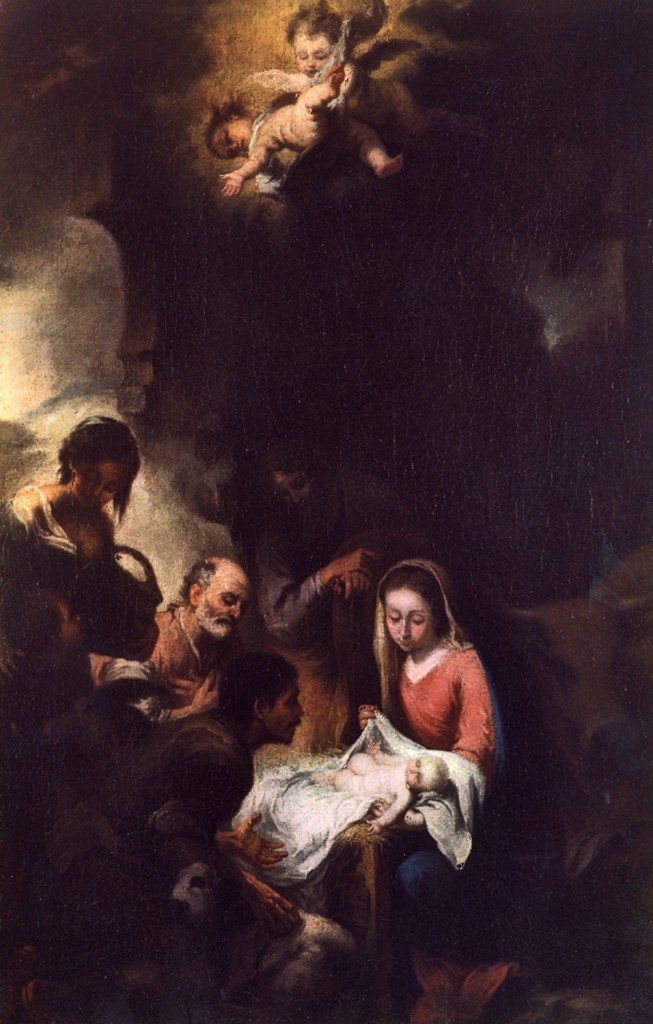 Adoration of the Shepherds

Described as “the Raphael of Seville,” Murillo painted many works and altarpieces for monasteries and churches. This painting may be a study or a preliminary painting for a much larger work, now in the Museum of Fine Arts in Seville, which he painted in 1668 for the church of the Capucines. This graceful composition reflects the sincere faith of a deeply religious man, and of his Counter-Reformation patrons. Also known for his genre paintings depicting street scenes, Murillo blended naturalistic and poetic qualities with highly popular subjects.