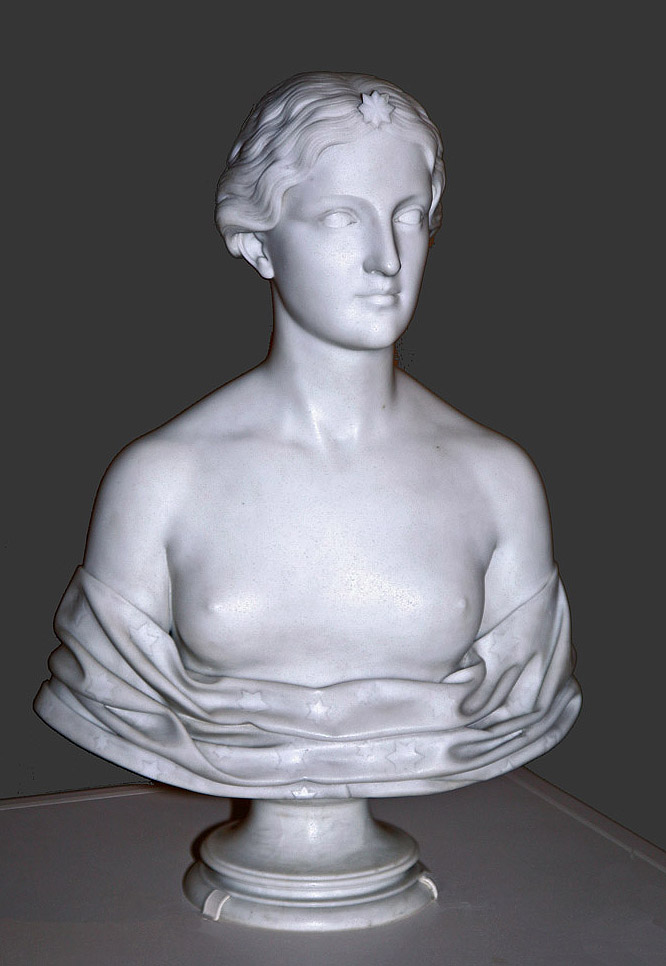 Joseph Mozier was born in Burlington, Vermont, in 1812 and began his career as a New York merchant. However, in 1845 he decided to become a sculptor and spent several years studying in Europe, finally settling in Rome where he lived until his death in 1870. Most of Mozier’s sculptures are ideal figures depicting historical and allegorical subjects, but his later work reflects an increasing interest in literary themes. America was carved in Florence in 1850. Note that the bust is wrapped in a flag decorated with stars.