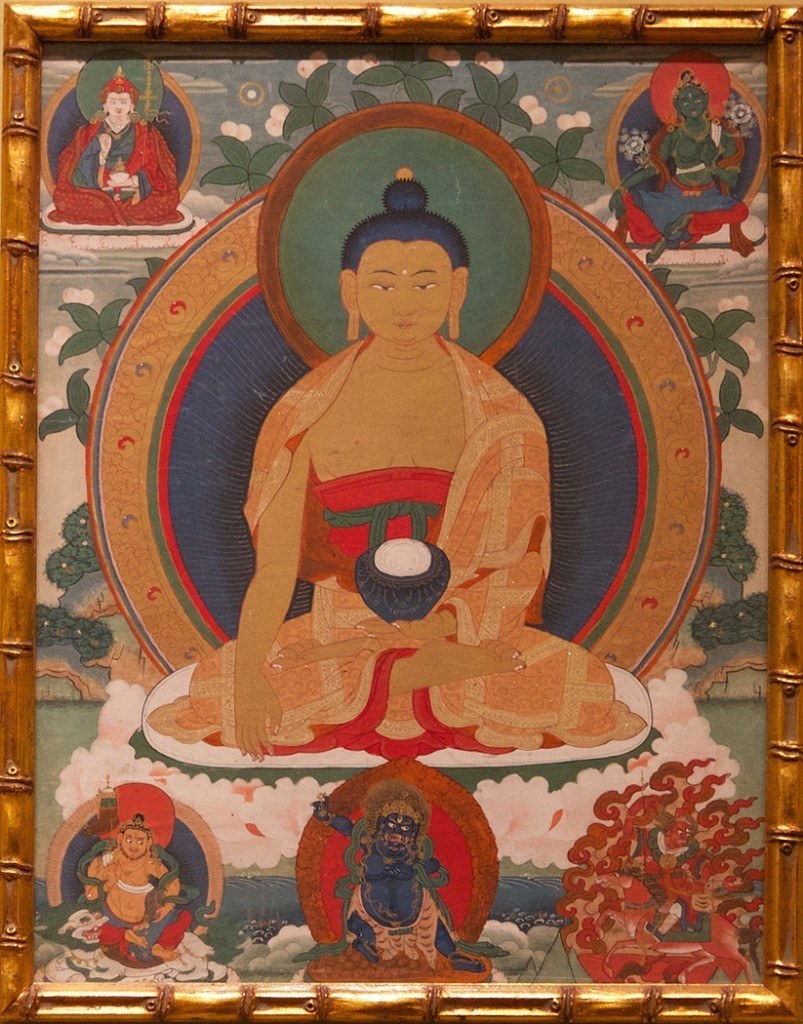 Both the Dalai Lama and the Pachen Lama are seen as emanations of Amitabha, the Transcendental Buddha of the West. Like Gautama, the historical Buddha (represented in the case on the east wall), Amitabha is seated on a lotus throne in padmasana, the meditational pose, on a lotus and surrounded by an aureole; his hands, in the contemplative mudra, hold a bowl. Behind him, the temple in a forested landscape symbolizes a heavenly abode. Below are images of associated deities and Protectors of the faith.