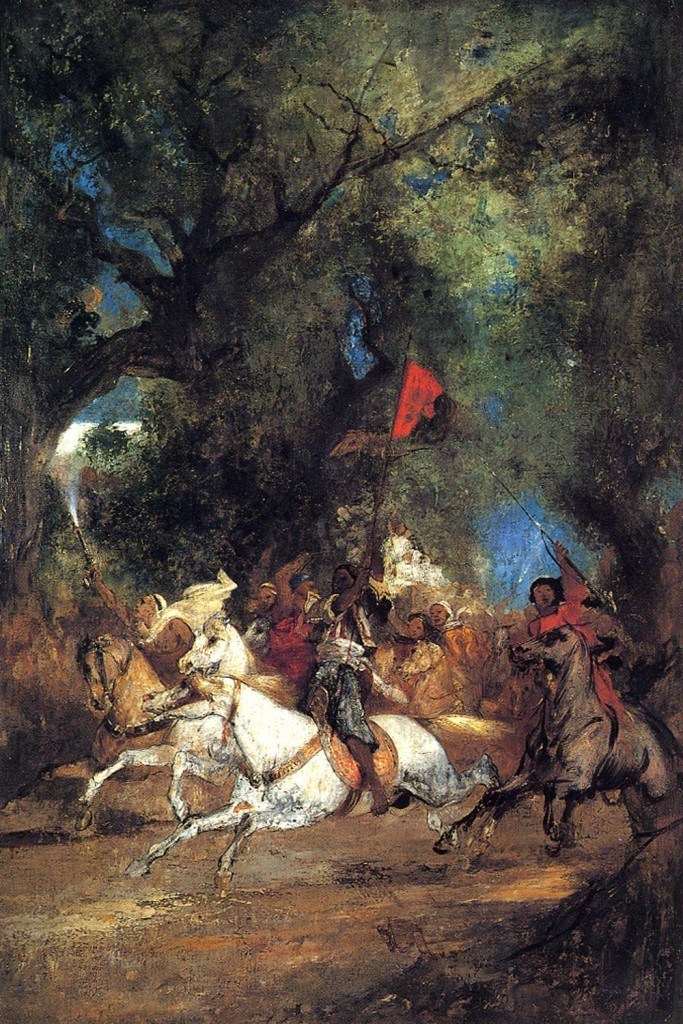 Arabs Charging Through a  Forest Path

During the nineteenth century, North African pictures were enormously popular. Trade and colonial expansion created an interest in what the Europeans perceived as an exotic world. The Arabs living there were sometimes viewed as unspoiled children of nature in contrast to the industrialized West.