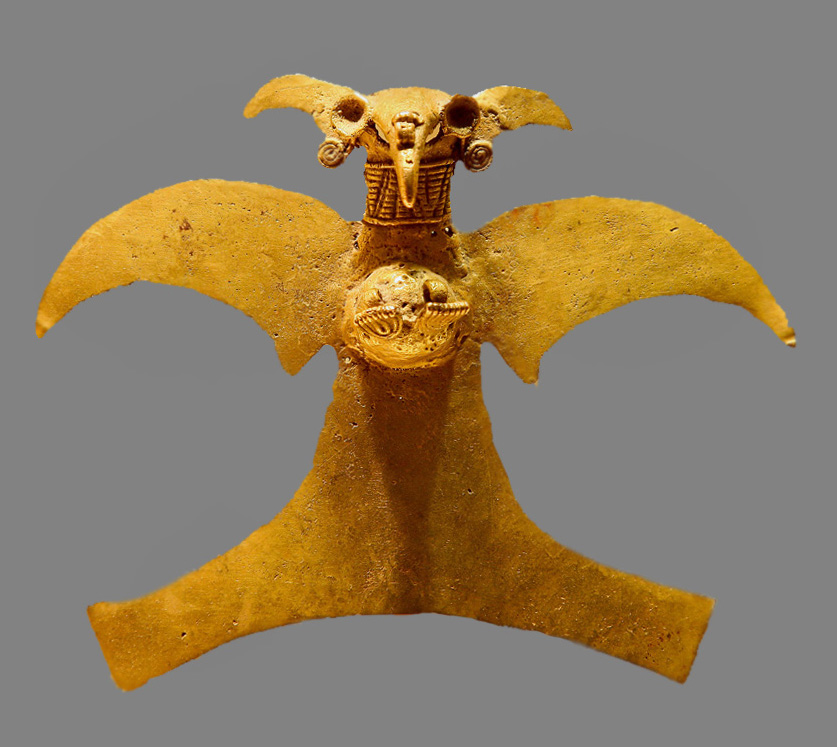 This impressive bird ornament is a form strongly associated with Diquís workshops (the Pacific slope area of Costa Rica), which produced hundreds of gold pendants in human and animal shapes, which were used as amulets. In this particular example, the eyes originally may have been inset with stones or may have contained small bells, since sound making ornaments were prized in Pre-Columbian times.

Metalworkers in the Panama-Costa Rica area generally produced cast objects. Works such as this pendant were fashioned using the cire perdue, or lost wax, process of casting. A wax model of the object was encased in clay and then heated. After the melting wax had exited a hole left in the clay, the hole was plugged and molten gold was poured into the cavity to form the desired image.