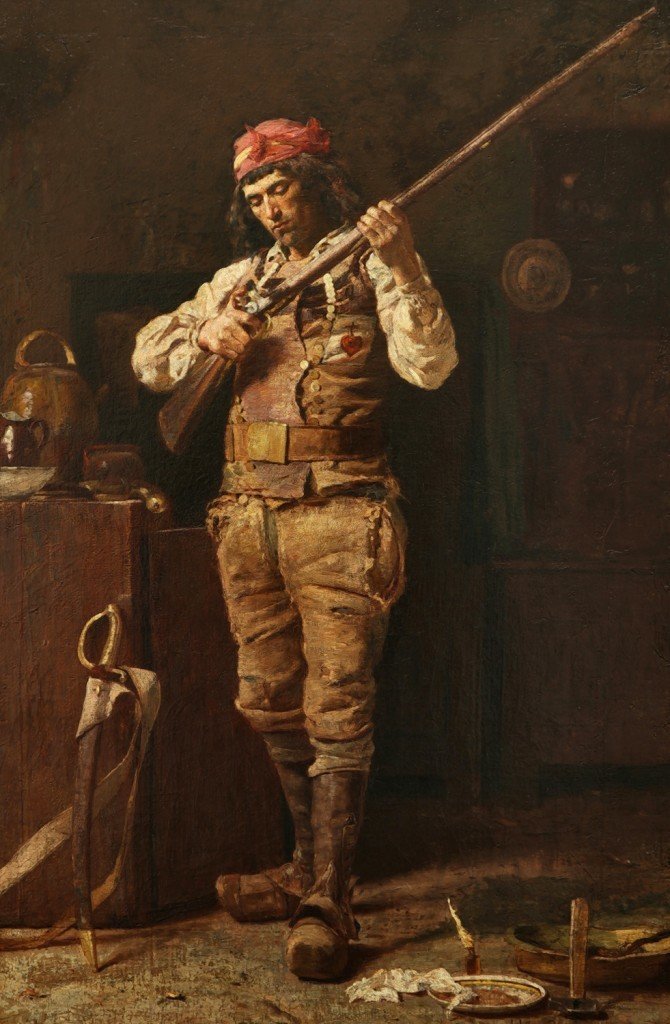 During his lifetime, Hovenden was one of America’s favorite artists: his Breaking Home Ties was voted the most popular painting at the 1893 World’s Columbian Exposition in Chicago. When Thomas Eakins was fired from the Pennsylvania Academy in 1886, the Academy hired Hovenden. Born in Ireland, he studied art in Cork and received additional training in New York, after his arrival in 1863. He traveled to Paris in 1874, working with the academic artist Cabanel. In 1875 he left for rustic, unspoiled Brittany. Settling in Pont-Aven, he became fascinated by Breton history and traditions. A number of important paintings were made during this period, including the monumental Hoc Signo Vinces, shown at the 1880 Paris Salon (Detroit Institute of Arts) and then in 1881 at the National Academy. This painting relates to that canvas and depicts a rustic Breton soldier during the French Revolution. During the Wars of the Vendée (1793–95), the Bretons fought on the side of the Royalists.