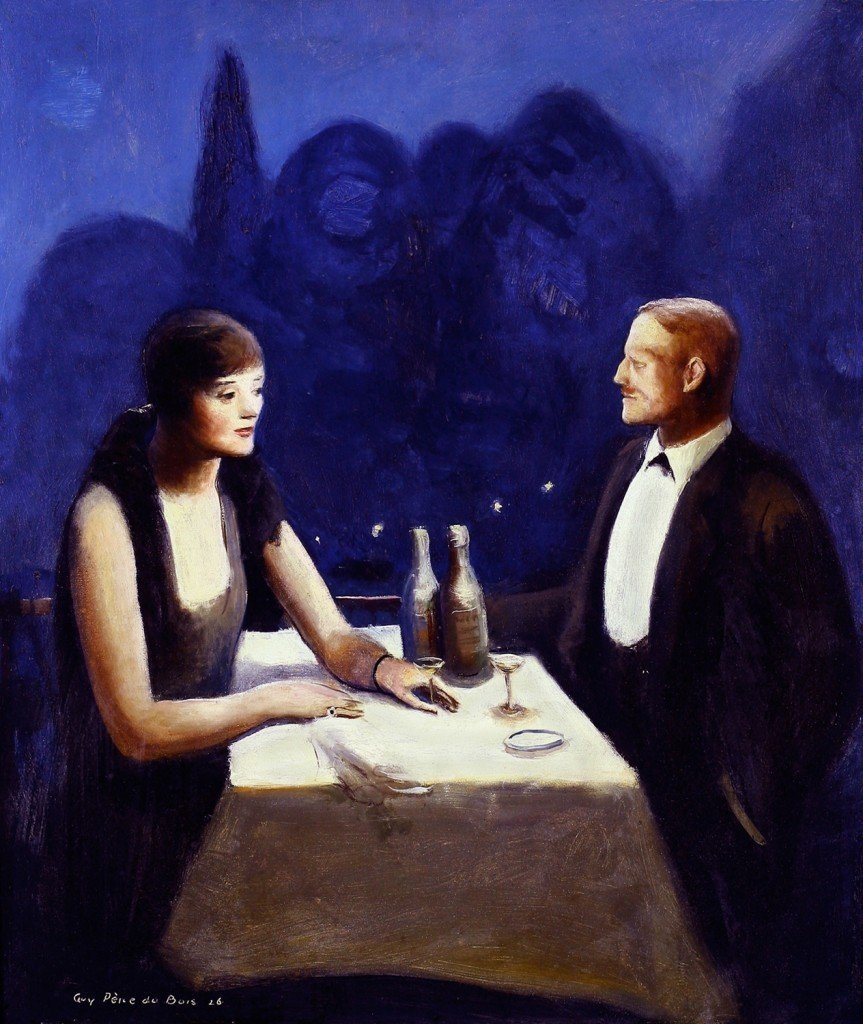 Du Bois studied under William Merritt Chase, but it was Robert Henri’s realism that became the foundation for Du Bois’s own work. Supporting his painting career through art criticism and teaching, he also became known for his portraits of international society. His distinctive, spare style reached maturity in the early 1920s: solid, simplified figures are modeled with a minimum of detail and appear to conceal their emotions behind facades of sophistication and cool detachment. Chester Dale and his wife, Maud, well-known collectors, were founding benefactors of the National Gallery of Art, Washington, D. C.