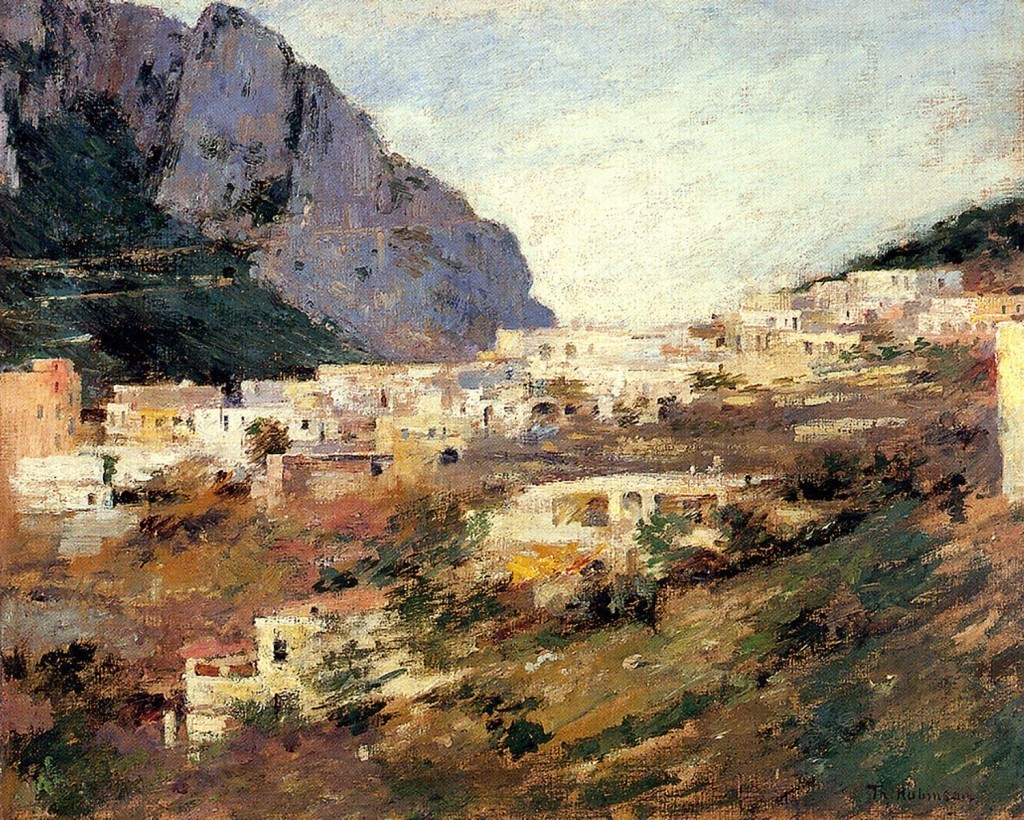 Of all the Americans associated with French Impressionism, only Theodore Butler and Robinson had a close relationship with one of the movement’s founders. In 1876 Robinson went to Paris to continue his studies, working with Carolus-Duran and then the academic Gérôme. He returned to the U.S. in 1879, but 1884 found him back in Paris. By 1887 he met Claude Monet while spending time in Giverny, and they became close friends.

Note the more structural nature of Robinson’s painting by comparison with that of Monet. He also adapted his brushwork, using daubs of soft colors that often follow the strong diagonals he favored in his compositions. This canvas was made during an Italian trip to the island of Capri in the winter of 1890–91 with a dramatic viewpoint overlooking the town.