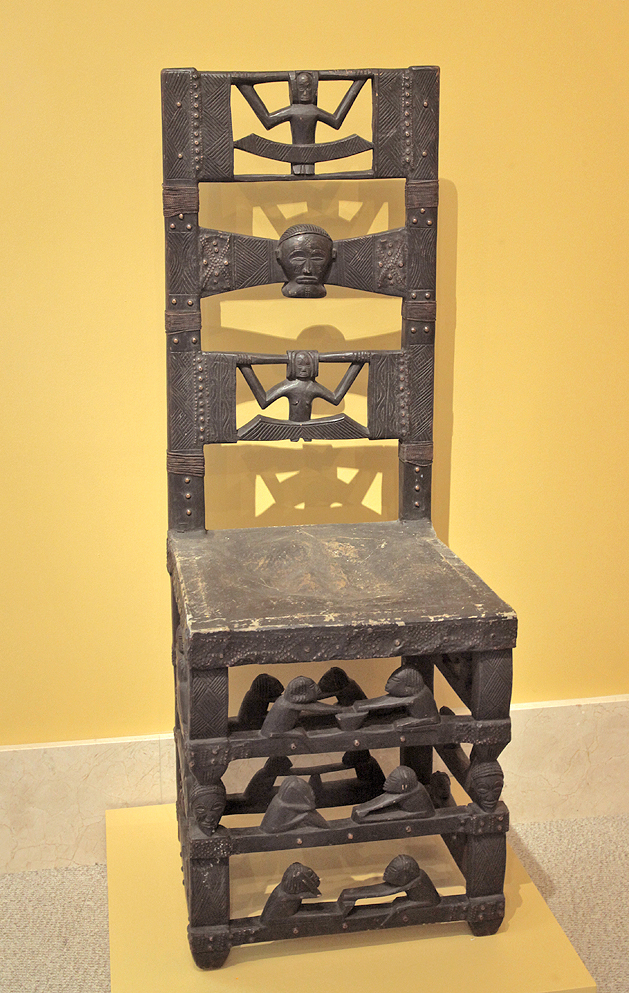 Originally subsistence farmers with no central political authority, the Chokwe were conquered by the Lunda in the 16th century and introduced to the cheiftain concept. An artisanal class developed exclusively for the new royal courts, carving scepters, thrones, and figures of chiefs and ancestors.

Portuguese traders introduced the European straight-backed chair in the 17th Century. When the Chokwe chiefs adopted this style for their thrones, the chairs were carved from a single piece of wood and ornamented with scenes from the stages of life. These were often carved in high relief on the back and crossbars, and were decorated with imported brass nails and wire. The chair reinforced the prestige of the chief.