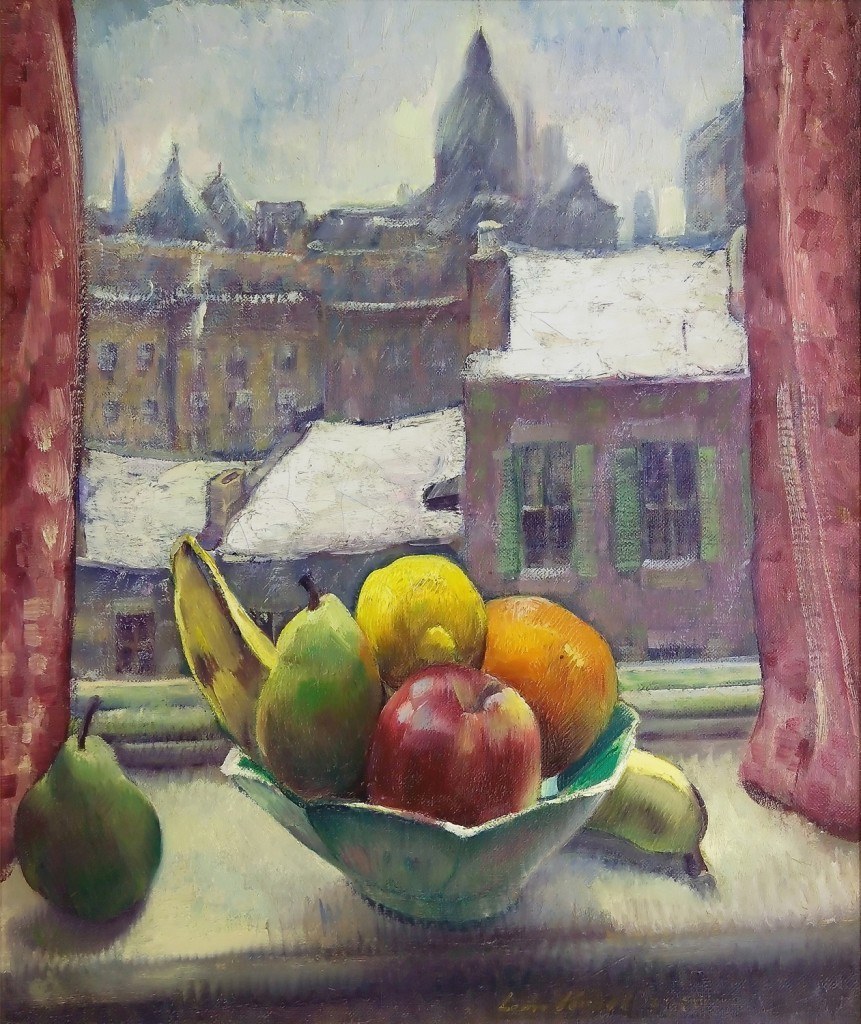 This painting conveys Kroll’s knowledge of Cézanne. Yet, it also signals his shift from a more modernist style to a more realist one. Here, he achieves a striking contrast between the tonal cityscape—evocative of Twachtman’s winter scenes—and the vivid hue of the curtain framing the window with luscious, ripe fruit on its ledge.