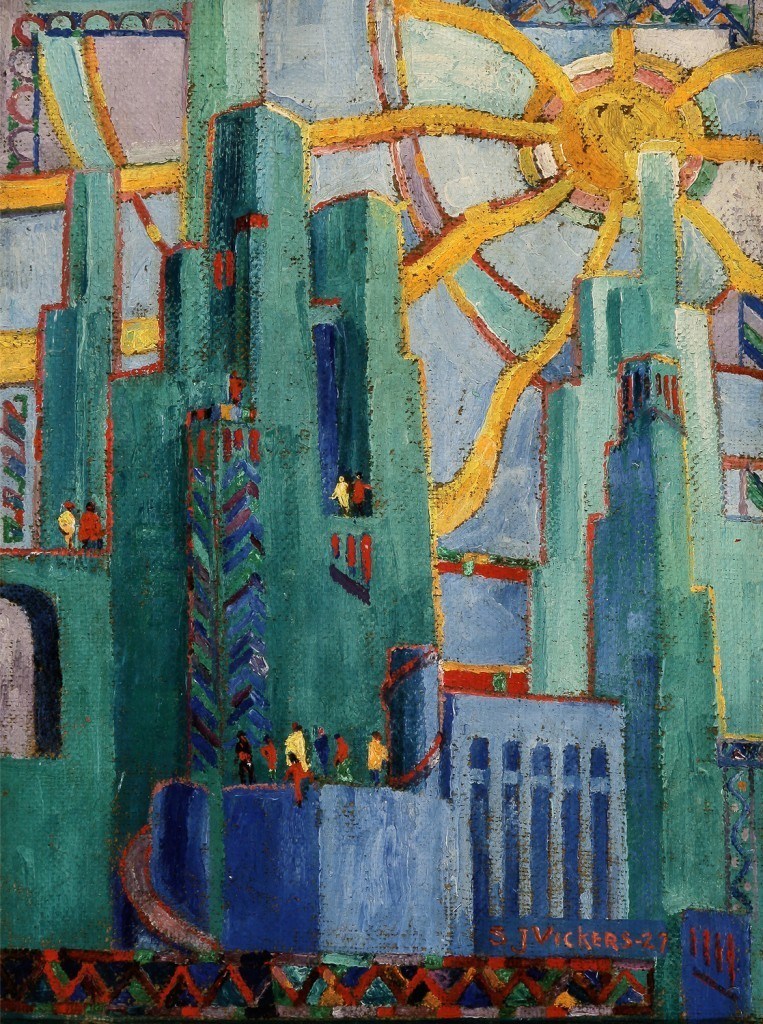 Vickers studied architecture at Cornell University and was Chief Architect for the New York Subway System (1906–1942). He was also a painter. After the 1913 Armory Show, which introduced European modernism to America, Vickers was inspired to move away from naturalistic representation towards abstraction.  As seen here, he began to use the simplified forms of Cubism and the expressive, non-naturalistic color of the Fauvists to capture the energy of New York City. During the 1920s, many artists sought to represent the rapidly-changing city, which was developing in construction, communications technology, and industry. Playing an instrumental role in the city’s mass transportation system, Vickers had an intimate knowledge of urban development, and was keen to express it in his paintings.
Category: American
Tags: