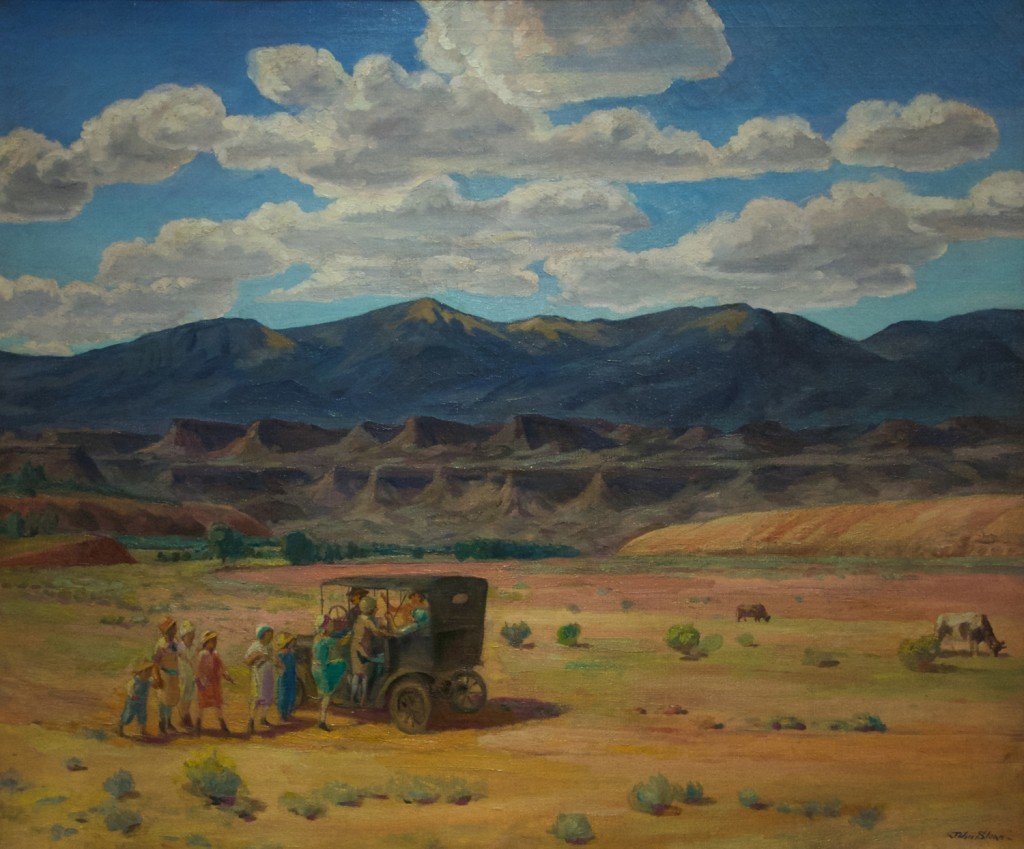 Bequest of Mrs. Hester Walther in memory of Ralph B. Wood

Sloan summered in Santa Fe, New Mexico, for over 30 years, beginning in 1919. He is best known for his city scenes and for his association with the “Ashcan School,” but his New Mexico paintings strongly contribute to Amer­ican art. He claimed, “The desert landscape with its ancient geometrical formations was of profound inspiration to me in a new chapter of work.” This canvas reveals Sloan’s fascina­tion with strong, repetitive abstract forms found in nature, as well as a delight in the expressive potential of brilliant color. There is a humorous narrative element: the artist at the wheel of his Ford, and the improba­ble scenario of eight extra passengers waiting to climb aboard.