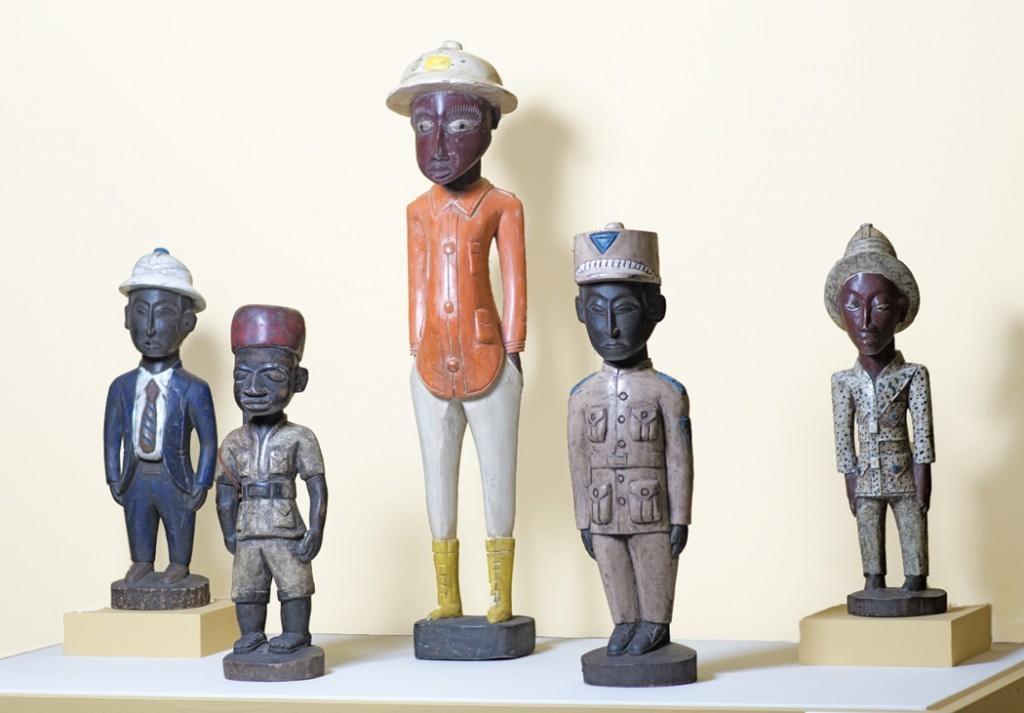 The tradition of African wood carving, so essential to artistic and religious expression for ceremonial and everyday objects is reinterpreted here into an innovative artistic form. Much of Africa was colonized by the Europeans during the 19th and 20th Centuries. Before the independence movements that began in the 1950s, sculptures such as these, known as “cultural contact” figures, were made by African carvers. Such works were influenced by European culture, as in the subjects and dress, yet often retain elements of traditional African artistic expression.