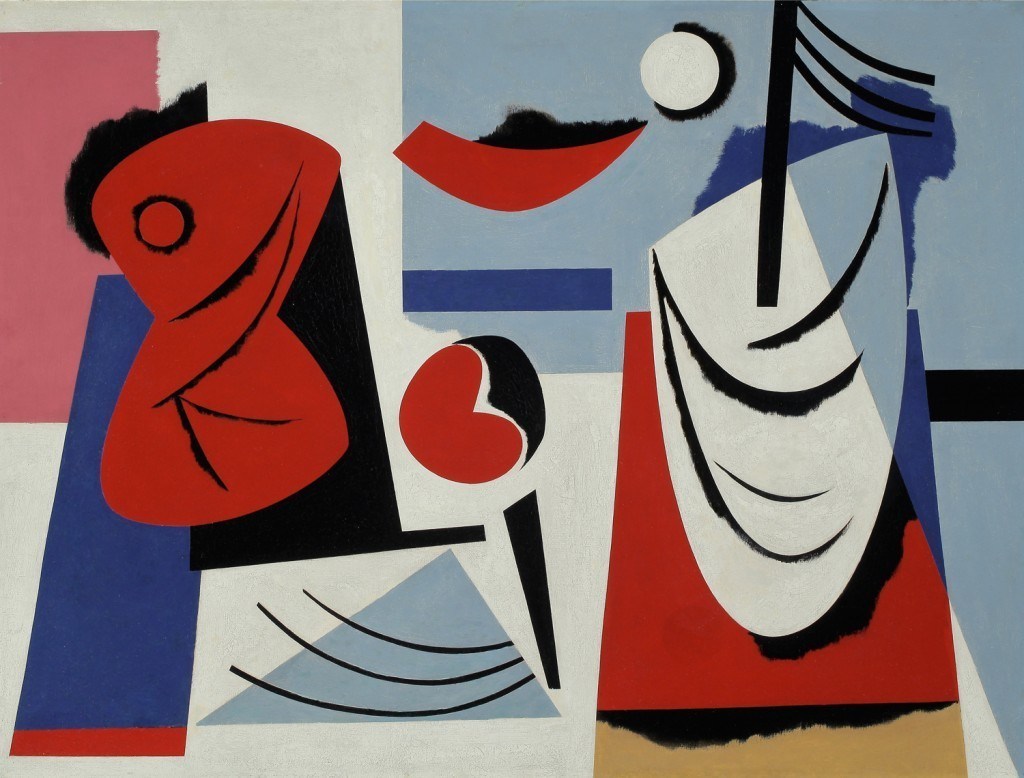 Holty was a leader in American modernism. His abstractions stem from his interest in the synthetic cubism of Pablo Picasso and Juan Gris. Like the Dutch painter Piet Mondrian, he believed pure form and color communicated universally. After traditional training in Chicago and New York, Holty enrolled in Hans Hofmann’s progressive art school in Munich in 1926. He later went to Paris exhibiting with the avant-garde there. Holty’s direct link to European modernism informed his role in the American art world to which he returned in 1935. By 1936, he was working in a non-objective manner. He became a founding member of the American Abstract Artists (AAA) group, also serving as its president (1938–1944). AAA saw themselves as a rational, non-political counterpoint to Regionalism and Social Realism then dominating the American art scene. With its patriotic palette of red, white, and blue, Composition is a rare example made between Holty’s repatriation and AAA’s formation.