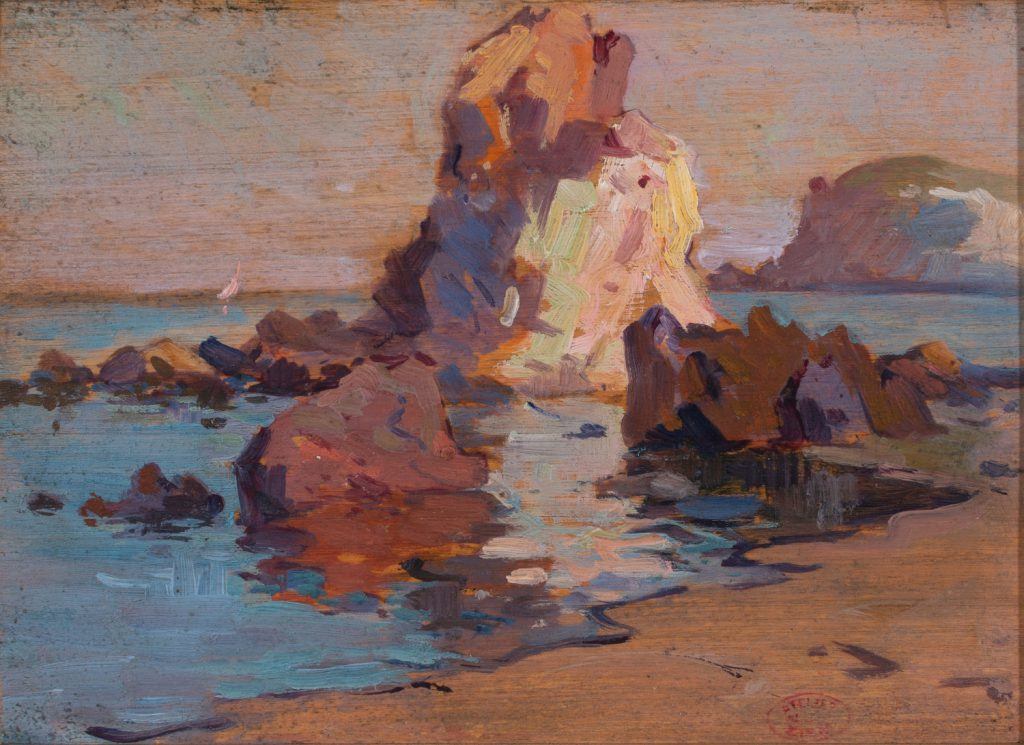 Felix Ziem was educated in architecture, but became known for his poetic paintings of the Mediterranean coastline beginning in the 1840s. Focusing emotional evocation rather than realistic documentation, his work is often referred to as dream-like. Ziem traveled extensively during his lifetime and found inspiration for his work while immersed in his surroundings. He is most known for his landscapes, but is considered to be equally skilled at painting other genres and subjects. Ziem was financially successful during his lifetime and owned two studios in Paris and Martigues. This is first work of this prolific artist to enter the Museum’s collection.