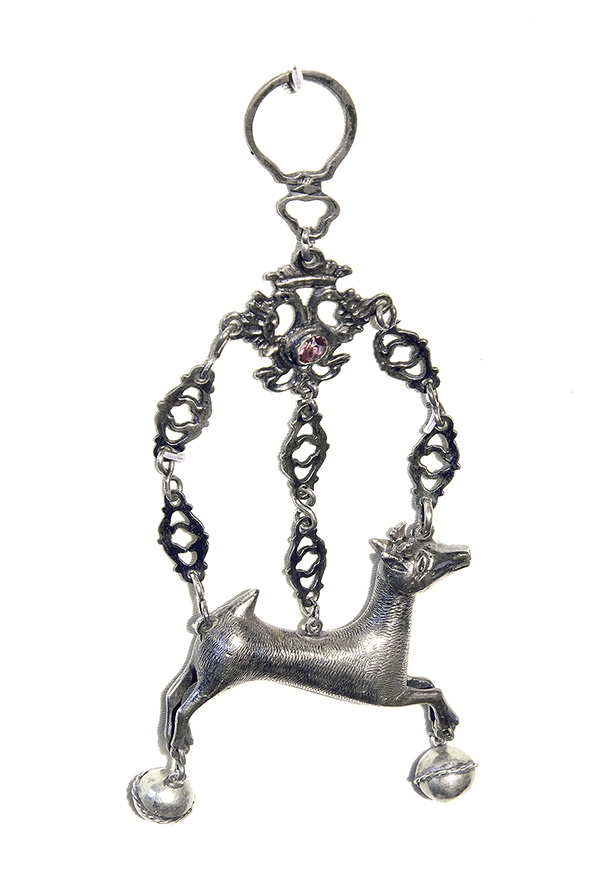 Many of these baby rattles correspond to the major styles and movements in the history of decorative arts. Even in their simplest form, they are appealing to the eye. In their most luxurious state—when made of such materials as gold, silver, coral and crystal—they both amaze us and communicate the sensibilities of the society that created them. Rattles were produced solely for the aristocracy up until the late 18th century, but they later became more widely available through machine-produced and silver-plate goods.