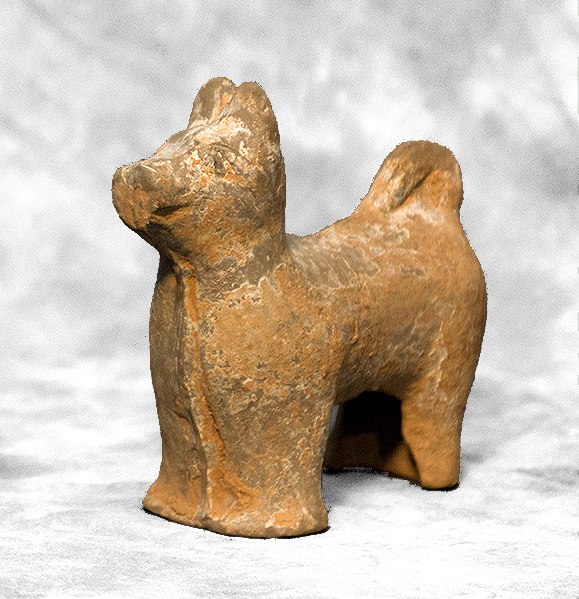 Dogs are among the earliest domesticated animals depicted in ceramics. They were appreciated for their role as protector and their ability to alert their owners to danger. With bared teeth, this vigilant dog would have protected his master’s domain, in this life or the next.

Laws against extravagance, based on class distinctions, regulated the types of tomb figures that could be buried with an individual. Hundreds of figurines depicting court officials and court ladies, foreigners, musicians, warriors, and animals, have been excavated from tombs of the Han, Wei, Sui, and Tang dynasties.