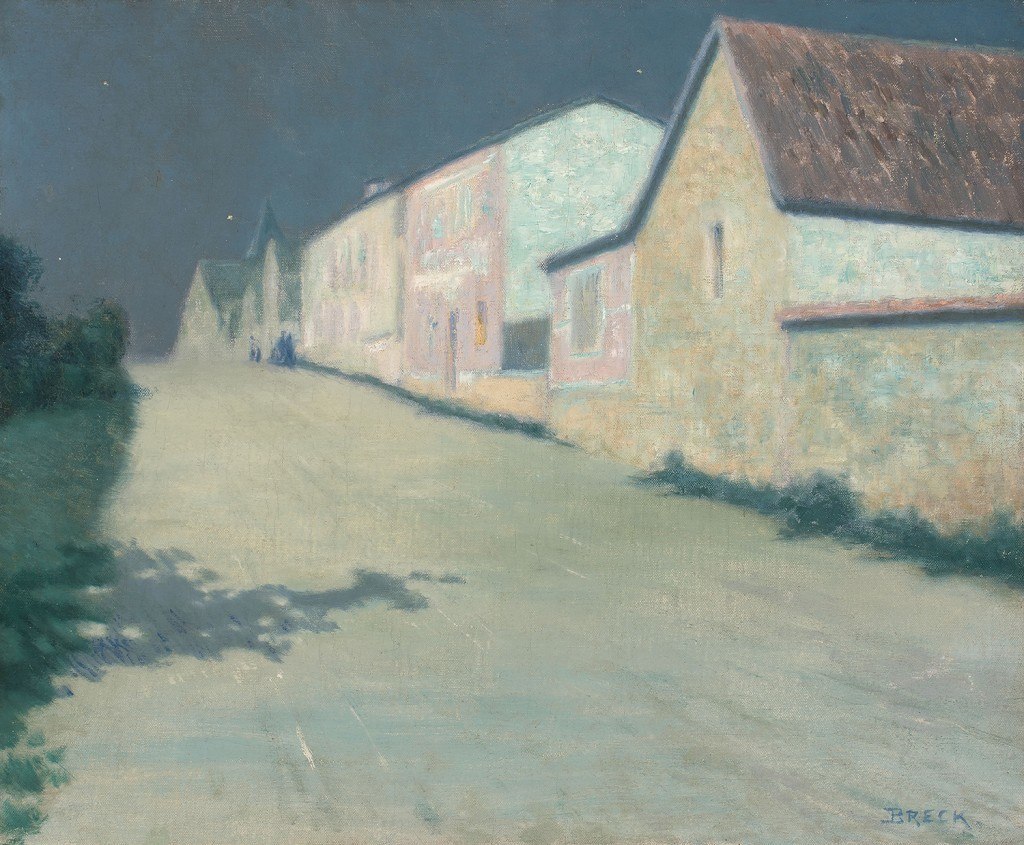 Breck’s moonlit scene was painted near the end of his time in the artists’ colony of Giverny. Breck studied in Europe: Leipzig, Munich, and Antwerp. He returned to Boston in 1882, but left for trendier Paris in 1886, attending the Académie Julian.

Breck and a group of American artists spent the summer of 1887 in the Norman village of Giverny, where the French Impressionist Claude Monet lived. Breck’s circle included Theodore Robinson and Willard Metcalf (both represented in the Museum’s collection). Breck soon mastered the Impressionists’ style. Yet this nocturne is almost proto-modernist in its composition. It depicts the road through the village, along which are the houses and inns where the artists took room and board. Note the small group of figures, dark and quickly painted. Identifiable here are the Hotel Baudy and below the steeple of Ste. Radegonde Church.