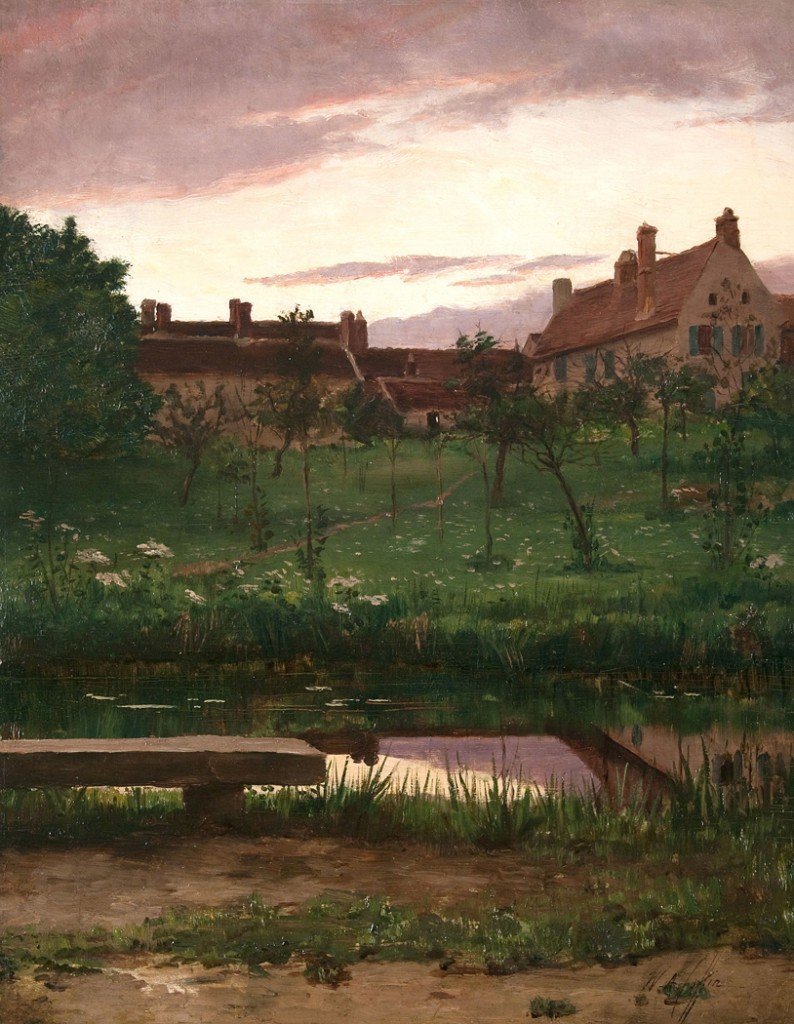 This poetic painting with waterlilies on the River Loing is a rare work by William Anderson Coffin and belongs to his early period. His early paintings signal a new path forward for landscape in terms of treatment and scale. The French village of Grez-sur-Loing became an artists’ colony south of the Forest of Fontainebleau. Grez attracted artists and writers in the latter half of the 19th century, Camille Corot being one of the first who painted there. During the 1870s and 1880s, other notables at Grez included author Robert Louis Stevenson, composer Frederick Delius, painters John Singer Sargent, as well as Theodore Robinson and Willard Metcalf— both represented in the Museum’s collection.

Primarily remembered as an art critic, Coffin grew up near Pittsburgh. He studied art at Yale University and graduated in 1874, travelling to Paris three years later and training with Léon Bonnat. Note the non-traditional vertical format. One can identify elements of the village here from recent photographs.