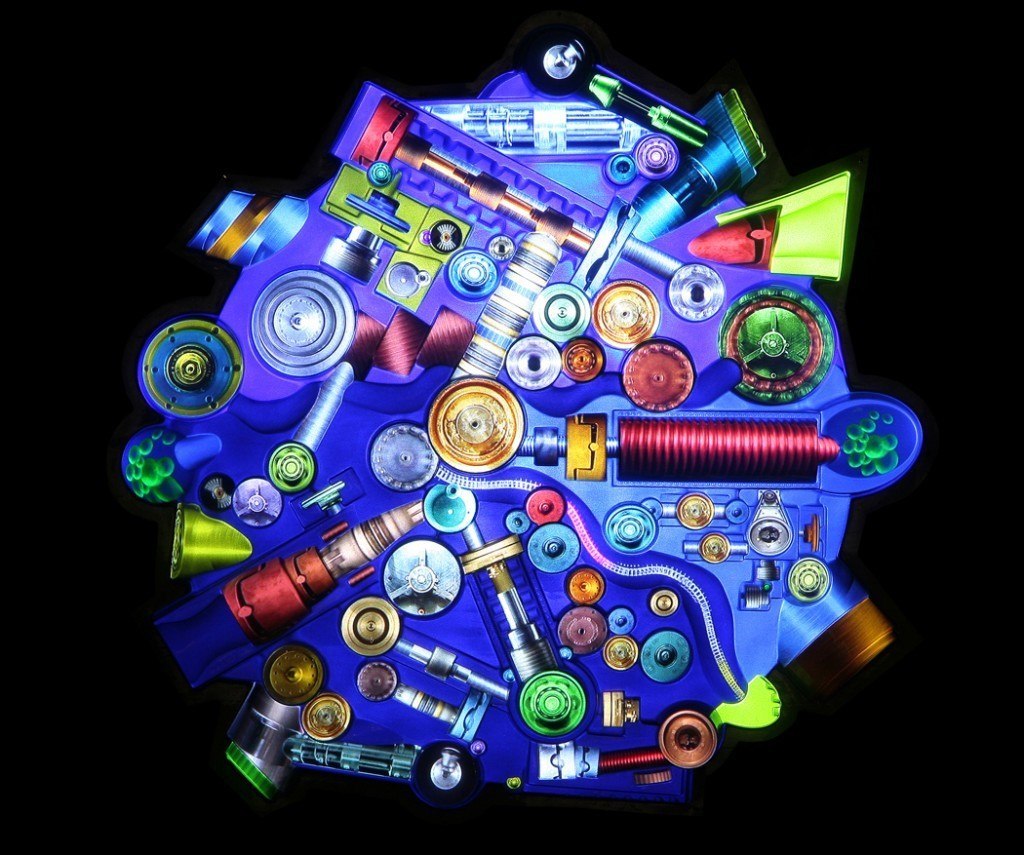 Sarkisian began to incorporate a sculptural element into his video practice in the mid-1990s. His videos are projected onto or within sculpted forms, in this case a sculptural relief. In combining these media, Sarkisian aims to activate the experience of viewing: there is an illusory aspect to his works that demand attention. The distinction between the real and the mediated is often blurred in Sarkisian’s multimedia installations. He uses 3D engineering software and animation techniques in the “Extruded Video Engine” series, which features cartoon-like images of machinery and streaming text, as well as a soundtrack of clinks, pops, and whirs.