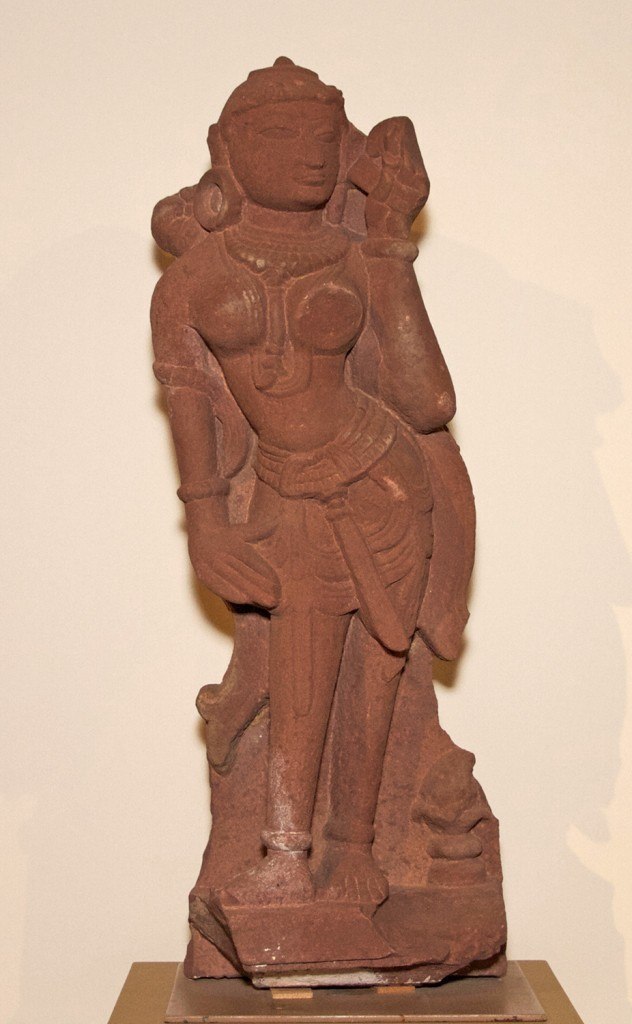 This voluptuous figure of an attendant female deity was originally part of a temple complex. The thrust of the hip and the ample breasts mark the vitality of the yakshis, and symbolizes fertility and grace of Indian womanhood. Yakshis and their male counterparts, yakshas, attend on Kubera, the Hindu god of wealth associated with the earth, the mountains, and their hidden treasures of precious stones and metals. This figure is covered with elaborate jewelry, comparable to others here. It probably comes from the elaborate temple complex, Khajuraho, a capital city of the Chandela rulers. The complex contained works related to Braminism and Jainism.